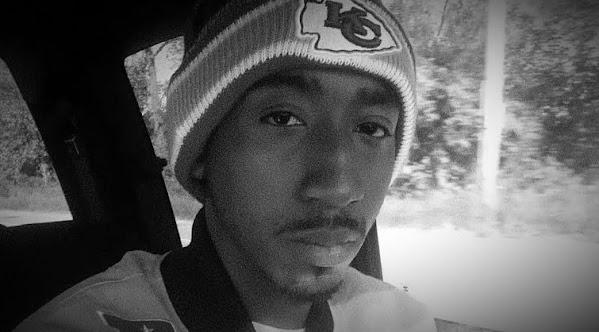 In their ongoing vendetta against the Kansas City Police Chief, the newspaper is attempting to rewrite history.

Outside of politics, their rhetoric distorts reality and offers a deranged worldview.

OLaurie Bey had one question for Kansas City Police Chief Rick Smith after she heard Smith's degrading remarks about her son Cameron Lamb, who was shot to death by Kansas City police Detective Eric DeValkenaere in 2019.

In fairness, it's important to consider how the police union views Mr. Lamb's legacy . . .

"Cameron Lamb had beat his girlfriend, later got into another altercation with her, and chased her IN A STOLEN TRUCK through the streets of Kansas City while CARRYING A STOLEN GUN . . . DET. DEVALKENAERE IS INNOCENT. HIS ACTIONS WERE COMPLETELY JUSTIFIED AND SAVED DET. SCHWALM’S LIFE. HE IS A HERO NOT A CRIMINAL."

The Star describes him this way . . .

"Lamb was not a “bad guy.” He was a doting father of three boys, a skilled mechanic and a passionate fan of the Chiefs."

"(Chief) Smith’s disregard for Lamb and his family is flat out disrespectful. He shows little empathy for victims of police brutality, let alone for a man killed in his own backyard by a trigger-happy former police detective. There is no need to wait until spring for the Kansas City Board of Police Commissioners to make a change in KCPD’s leadership. Smith does not deserve to be the police chief."

Smarter people than TKC have noted a simple fact . . .

Politicos & pundits advocating against the top cop and offering support for Mr. Lamb "as a Black man" are utilizing emotionally charged radicalized language that was never used by the Chief.

Put simply . . . The Chief DID NOT EVER MENTION Cameron Lamb's race.

Arguing the merits of "racial justice" is a losing cause and something that mostly serves as cable news entertainment for people with anger control issues.

Instead, we'll stipulate that the illegal gun in Cameron Lamb's possession and claims that he raised it toward a Kansas City police officer have been ruled on by a Jackson County judge.

But that's not the whole story of what led up to the deadly police shooting that took Cameron Lamb's life.

The DOCUMENTED facts of this case that have been conveniently forgotten by most local news outlets . . .  And so we ask . . .

Is it okay for the Chief to call someone a "bad guy" after they've abused their girlfriend???

Is it okay for the Chief to call someone a "bad guy" after they've sped through local streets and endangered countless lives going 90mph???

Is it okay for the Chief to call someone a "bad guy" if they're driving a stolen car???

It's not our job to defend the top cop, there are right-wingers more capable of that than this humble blog.

Instead we want our readers to honestly consider our view with an open mind . . .

Given the uptick of deadly domestic violence cases impacting African-American women in the urban core, the Kansas City Star is doing the community a disservice my minimizing Cameron Lamb's history of abuse.

Lying has consequences and the daily newspaper is so obsessed with with a political crusade against police that they're willing to overlook, ignore and cover up the reality of the circumstances that preceded a controversial and deadly police shooting.

Condoning Cameron Lamb's violent history proves that so many activists, pundits and politicians are motivated by the opportunity to garner political capital rather than advocate for vulnerable people in Kansas City.