Once again we remind KICK-ASS TKC READERS that actions speak louder than words.

Remember TKC reported that councilman Eric Bunch responded to critics and the pro-police recall effort against him by begging for money from constituents.

This week he's stepping up his game.

Whilst the council dude disputes the claims of his critics, there's no denying that it'll cost money to fight them in court. Moreover, neither social justice activists nor local BLM protesters have demonstrated very much fundraising skill. 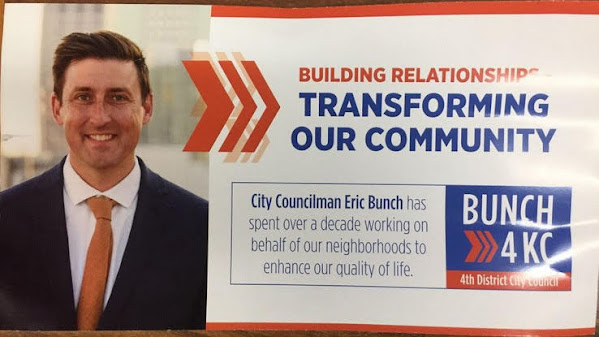 His opposition noticed the ask for help and shares their own hot take . . . 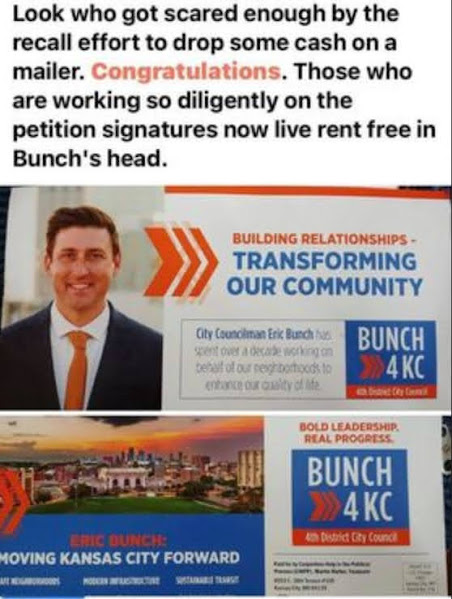 The fight over $42 MILLION worth of police funding persists.

A TKC note that every one else ignores . . .

THERE'S STILL NO BUDGET FOR POLICE CASH THAT MAYOR Q AND HIS SUPPORTERS WANT TO REALLOCATE!!!

Mayor Q has taken a serious political hit from critics and The Kansas City Star over the lack of transparency in a vote over police funding.

Already there's a crowd of opponents ready to challenge Mayor Q for reelection given a dearth of support for the 1st term mayor.