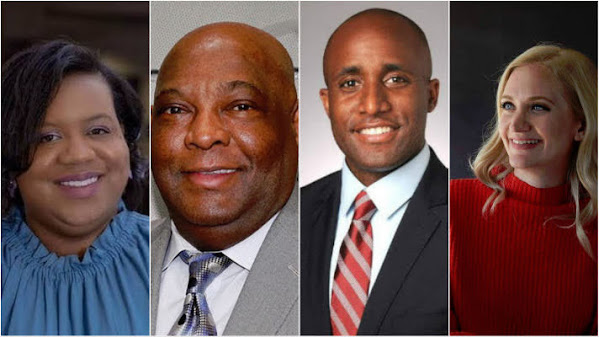 Kansas City election season is sooner than some might think and already we're seeing a politicos, local leaders and several factions start their preparations.

Here's a quick roundup and a chance to review the front runners.

A pro-police urban effort for support of Bishop Tolbert is gaining momentum.

More than any other potential contender, he his name has garnered interest given his community standing. Already some opponents have downplayed his candidacy and hope that new opportunities in church leadership dissuade the clergyman from running.

Supporters of Missouri State Senator Lauren Arthur believe she would present the strongest challenge to the status quo at city hall.

For more than 20 years Kansas City residents across the bridge have been waiting for an opportunity for more representation and a low-key, confident effort to boost State Senator Arthur is now underway.

There are more candidates out there and we'll likely see a handful of lawyers who think too much of themselves enter the fray.

Similarly, Mayor Q still claims he's running for reelection even as constant talk of D.C. appointments, a run for the open Senate seat for Missouri and other opportunities continue to surround his office.