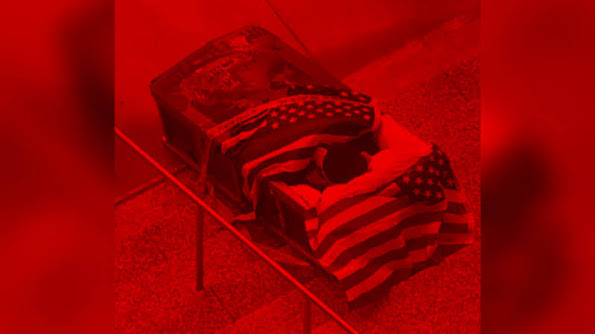 Today's controversy over an "artistic" protest in front of KCPD HQ doesn't surprise TKC readers because we've been talking about it since last week.

In fact, we talked about the news and then an op/ed on the subject from a cop's wife that proved to be one of our most popular posts of the year.

It's nice to see at least one local TV station pick up the story.

KCTV5 offers worthwhile coverage with both sides of the story and probably the most important report of the evening in Kansas City.

KANSAS CITY, MO (KCTV) -- Every Friday night for the past year, a group of people protest downtown. They started after the murder of George Floyd, but the group -- Friday Night Protest -- wanted to put a spotlight on local people killed by police. Last Friday night was special.