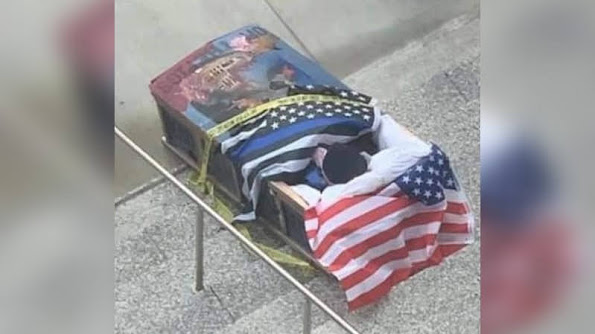 More deets emerge after activists aligned with the Black Lives Matter movement along with anti-fascist (Antifa) allies shared a bold display at KCPD headquarters this weekend.

IMAGES OF A PIG DRESSED UP AS A COP AND DUMPED AT KCPD HQ IN PROTEST HAVE STARTED TO EMERGE!!!

Admission: We heard about this on Friday and thought it was too dumb to be true . . . We're sad to note that we overestimated protesters and their ability to turn away mainstream supporters against police brutality.

Now, given that we've confirmed the piggy protest tidbit via this photo wherein the animal's snout is visible . . .

Again, in fairness we should note that local news mostly exists to sell junk during commercials and this kind of unsavory display inspires people to turn off the TV . . . So we can understand that downplaying the nasty detail has more to do with keeping audiences rather than maintaining political alliances.

The piggy carcass dumped on KCPD deserves mention if only to reveal that many activists don't have any literary sensibilities and the discourse on Kansas City streets is now akin to passages from Lord Of The Flies. 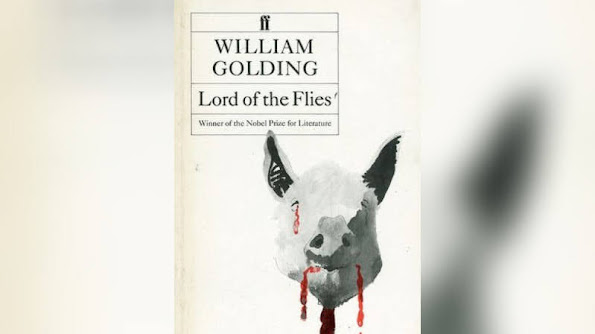 Accordingly, despite the advent of Internets technology . . . The journey from ritual to romance now seems to be in reverse as slaughtered animals are sacrificed upon the alter of so-called social justice in order to convey political threats.

Kansas City debate over policing has devolved into tribalism in the absence of real leadership that would unite voters from every corner of the city who seek to live in peace among their neighbors rather than engage in endless power struggles predicated on petty demographic divisions.