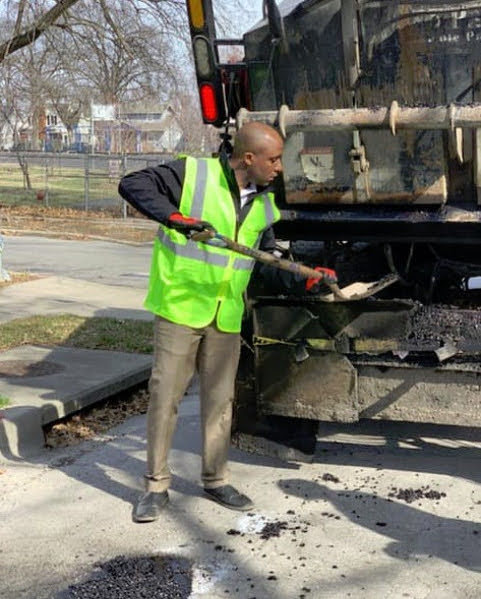 Local streets are hot garbage after a brutal winter and few workers on the streets during the pandemic.

Here's his statement the might compliment somewhat recent images of pothole fix posing . . .

"For generations, Kansas Citians have for too long had to deal with potholes and substandard road conditions. No more. I was proud to recommend and pass a budget that more than doubled our spending in road repair and resurfacing, saving Kansas Citians thousands at the repair shop and delivering my administration’s pledge to improve basic services. Be kind to our road crews that will be all spring and summer fixing the roads and rebuilding our neighborhood infrastructure."

Kansas City Public Works, City Manager Brian Platt and Mayor Quinton Lucas have unveiled a plan to inject $39 million into potholes across the city. That figure is more than double last year’s $17 million.

• Over 2,600 street segments will be improved this year.

• Dedicated funding for each Council District to determine community priorities for street resurfacing.