At this very moment there's an online chat that will reinstate demands to remove a council member from her position as committee chair over a dispute with one of her colleges.

Her detractors claim that Council Lady Teresa Loar questioned the intelligence of her colleague Melissa Robinson and then mocked her with a head movement.

Notice that complaints about the neck swivel have disappeared given that our blog community rightfully pointed out the ridiculousness of the claim along with the fact that white women whirl their neck around all the time - It's NOT a culturally specific gesture.

In fairness, Councilmember Robinson had every right to express her displeasure and her concerns have been met with an apology.

Stripping Councilmember Loar of her duties would be unprecedented and not commensurate given that the description of the dust-up isn't anywhere near as entertaining as Councilman O'Neil and Ellington screaming at each other just a few weeks ago.

But we all know this hot mess was never about a dispute betwixt council members, their antics have always been nothing more than a sideshow.

As usual, as always, every real debate in Kansas City and the world is about money. And when people scream that it's not about money, it's about money.

Just as we've warned: Outcry regarding diversity, inclusion and equity have proven effective in leveraging a major airport contract.

"The council’s Transportation, Infrastructure and Operations Committee voted 4-1 against giving an $80 million airfield paving contract to a Colorado firm instead of a St. Joseph, Mo. firm, KCUR reports. The committee will ask both firms to give their finals bids, which the full council will vote on Thursday."

The punchline here is that this is really a union beef and the firm pushing this dispute is every bit as white as the one it's attempting to replace. Rest assured, no matter who wins this arguement, the percentage of minority laborers on the job in Kansas City won't be impacted significantly . . . In much the same way that that New KCI "sky fountain" never materialized.

And let's not forget that the airlines are now on the record warning that all of this drama threatens to delay the project amid the perilous financial circumstances of the coronavirus pandemic.

UNION LEADERS, ACTIVISTS, AND CLERGY ARE LEVERAGING BLACK LIVES MATTER RHETORIC IN ORDER TO GARNER MILLIONS FOR THEIR POLITICAL ALLIES!!! 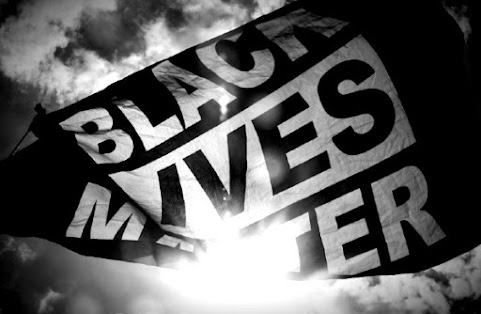 This is a neat trick but it's unclear if cowtown airport contracts were the primary concern of a nation embroiled in civil unrest following the unforgivable police killing of George Floyd.

COUNCIL LADY TERESA LOAR DIDN'T MURDER EMMETT TILL AND SHE'S NOT GUILTY OF ANY OF THE LITANY OF RACIAL INJUSTICES OF WHICH SHE'S BEING ACCUSED!!! SHE DISAGREED WITH A COUNCIL LADY, THAT'S IT!!!

Is she innocent? Nope. There's nobody working in Kansas City politics who can claim any sort of purity.

In fact, insiders know that Council Lady Loar worked closely with the very same people criticizing her when they were all in opposition to the whims of Mayor Sly. Alliances shift quickly in KCMO and it's nearly impossible for most plebs to keep up . . . Which is kind of the point.

Nevertheless and with respect to the fact that 80 MILLION BUCKS is absolutely worth this kind of embarrassing and degrading public slap fight . . .

The real risk here is allowing ANY political faction to control local business, city contracts and commerce. If Mayor Lucas kneels acquiesces to the demands of this coalition then what he's really saying is that New KCI is basically controlled by Black Lives Matter and construction of the biggest project in Kansas City history now depends on the dictates of protesters.

I'm betting the mayor will give in, that's what he has done since the beginning.

Too much money at stake here.

Q-ball makes me yearn for the Sly days. Sly knew how to ensure the minorities got paid off for sub-par labor.

Loar done got canc'd. That's the way it is now for whitey, you don't dare speak your mind if you like your job/business/social life/relatives. Really the only ones that are immune from getting cancelled are the grumpy grandpas that inhabit this blog - winning.

Buy Melissa Robinson a bucket or two of Popeye’s Fried Chicken and all will be forgiven. God, she is so fat.

Black people need to get off the Cleaver race-baiting train. It’s truly unbelievable that he called so many people in Kansas City racist for supporting the restoration of The Paseo name... now this and he won overwhelmingly on Tuesday’s primary. How in the world is that possible?

Quintono will do as told, sorry grumpy grandpas!

Sorry younger and dumber with a worthless college degree.

Young around here is what, 59?

The mayor is risking more than just the airport. If you let the protesters dictate the entire city's agenda then you might as well put BLM in charge of police. AND THAT is the end of America.

Mayor McDrinkerson is literally less useful than one of his own selfies. The selfie would be cheaper, it would know when to keep quiet, and it would know that it's not capable of leading or governing.

Loar asked if Labor wrote the speech for Robinson. It wasn't an insult to her intelligence or race, it was to call her out for blatantly taking a position that Labor wanted her to take, not representing herself or her constituents. Labor has been sabotaging this airport project from the beginning by trying to bully everyone at every turn. Robinson is doing their bidding.

Leave it to Jackson County and KCMO to fuck this up. If it was being built in Johnson County it would of been done by now.

The mayor is not concerned with whatever the protesters dictate. He is concerned how their dicks taste.

We need a new civic pride airport boondogle about like we need another power & light, except P&L is far cheaper. Let BLM have it & shut it down, at least they gave no interest in bullshit excuses to subsidize the oil industry

I saw no racial insult, would somebody please provide it? Unless questioning the ability of a public official to write her own speech is ipso facto racist because it is assumed some races are not as smart as others, e.g.., somebody who actually studies trends in intelligence studies.

Loar just asked, "who wrote that for you?"

You see how this has been twisted. You can't even ask someone a question now if you aren't "woke" and on the right team.

KC is screwed if this is the way we're going to do business. No company in their right mind would come here.

It's money, always money, and Robinson was working to pad her campaign coffers by taking up the local union position. Loar called her on it, and the default defense of most black politicians is to scream "race".

None of this drama likely matters in the outcome. When Southwest's attorney stated that any change in the management or contracting process will be deemed a breach of contract, he put the matter to bed as the existing structure results in confirmation of the current awards. Everything now is just political theater so the politicians owned by the unions can claim "we tried" to their owners.

I didn't read all of Tony's screed, but unless he came to the conclusion that blacks ruin everything, it was a waste of time.


Black Lives don't matter. Look what they have done to our country. Lets roll people don't hire them don't do business with them don't let them wait on you at the stores they work in until they are fired. Get out and destroy their street painting I will even buy the paint. These people have been spoiled rotten by our country and they are so selfish they don't even know what it's like to work for a living. Quinton Lucas is nothing but an illiterate nigger who follows everyone else he doesn't even have an original thought of his own. Can't wait to have your kids removed from the home or report your for a robbery or get you fired if you so much as look at me wrong!!!!!!!!!!!!!!!!!!