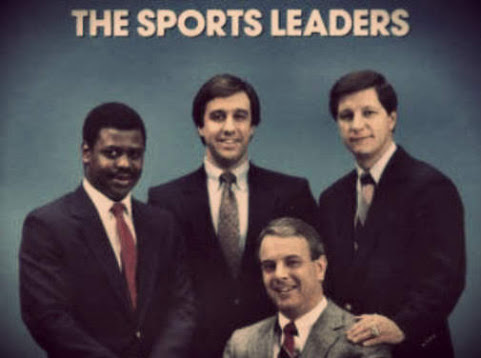 That's him on the far left of the lead photo for those who don't know.

Amid the WDAF sale to Nexstar it's clear that heads are rolling and the retirement of weather dude Mike Thompson was simply the first to start the TV news bloodletting.

There are many hot takes on social media that offer knee-jerk perspective but this long form blog post shares a more informed perspective.

RR Blog: On The Cheap

"WDAF is killing the last of its local sports legacy by letting Al Wallace and Jason Lamb go. Less expensive reporters will fill their roles. It's the final stake driven through the heart of an outstanding sports department that started when Frank Boal was let go more than nine years ago. Few people are left that remember that Boal and others are a major reason for WDAF's ratings resurgence almost 40 years ago."

Meanwhile, we hear this isn't the last of the buyouts and bloodletting at this local TV juggernaut.

THAT is the future.

And not Karen Kornacki types.

Please let Mark Alford be the next to go.

Al and Jason Lamb are good people and I'll miss them. Screw corporate America. I'll be watching a lot less Fox 4. Oh yeah, what about Mark Alford? The guy simply cannot do his job. He cannot read a teleprompter. He stumbles over nearly every word and it is maddening. I don't watch him anyways. I watch Jade DeGood and her fantastic boobs on 41.

The really good television journalists who are actually real reporters know that their careers depend on making just a brief stop in a small market like KC and then moving on to more serious things.
For the long-timers locally, it's just a matter of time before there are ownership or management changes or financial issues that cause downsizings or terminations.
Buyouts are about the best they can hope for.
Just please don't look for jobs in local government.

Not from here but it seems midwesterners are basically assholes.

More dog stories.
I don't give a shit who reads them.

Hire some hot young sluts that look like they just got fucked. Have them wear really short skirts. Have them do the news from a couch, givin frequent upskirt shots.
Well probably get some millennial homosexuals that think health care and college should be free.

Agreed. His schlocky morning show persona is fucking annoying beyond belief. Such a try-hard. The Fox 4 girls may be hot but you can just tell they are the biggest cunts who ever walked the town.

Ignorant simpletons more like it. Muh sports gamez and food and beer and lifted trucks!

7:43--You must be talking about Alford. Seems like the morning ladies on that show just tolerate him because they have to. He's a walking, talking sexual harassment suit waiting to happen. Out in public he acts like he's cock of the walk because he's a local T.V. personality and rides a motorcycle that he can barely get on to. One of these days somebody's gonna' bust that vertically challenged smart ass prick right in the mouth.

"we hear this isn't the last of the buyouts "

Yeah the voices in Tony's head.

Only old people watch local news. Nobody cares what they want, as they are nobody's target demographic.

Wallace and Lamb were probably the best TV news guys in the business. They didn't do that fanboy shit that others did. They will be missed.

Sad to see them go. This is a DAMN shame.

Then posts it here for geezers to crank off on.

Will they offer a buyout to Mark Alford please.

We should be so lucky. He’s such a moron and I’m amazed that 4 has kept him around as long as they have. He’s truly the type the word douchebag was created to describe.

Rule #1 for all employees - you WILL be replaced by cheaper, younger and better-looking people. Loyalty to any company is a fool's choice.

Tracy I'bet if you asked real nicely and sweetly Alford would give you a chance to ride on something.