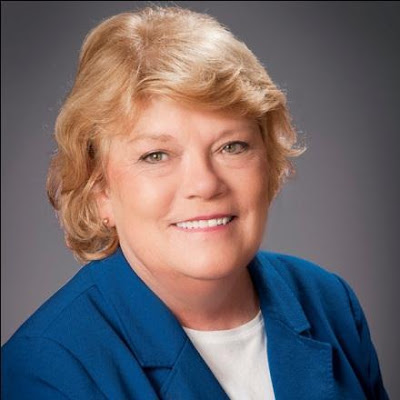 Kansas City Council Lady Deb Hermann is doing her best to regain her status as the front runner in The Upcoming Mayoral race . . . This morning, her campaign sent out an insightful missive regarding local crime and murder.

OVER THE PAST FOUR YEARS KANSAS CITY HOMICIDES HAVE BEEN EXPERIENCING AN UPWARD TREND SO IT'S IMPORTANT FOR EVERY MAYORAL CANDIDATE TO ADDRESS THIS PROBLEM DIRECTLY!!!

Deb does a nice job and speaks to the issue from her perspective as a neighborhood and community leader.

There have been some questions about Hermann's ability to relate to some of the more urban (i.e. minority) sections of Kansas City South of the River (i.e. most of Kansas City) but I think these ideas about community policing and the strategic use of resources will satisfy local leaders.

Remember last election Mayor Funky spoke of useless academic "broken windows" theory that he was never able to put into practice and violent crime and homicide spiked during his clueless tenure.

Hermann's suggestions, along with those of so many other candidates seem far more practical and rely on real experience working within the context of local government. Obviously, Mayor Funky's City College professor mentality was incapable of accomplishing anything significant in terms of reducing violent crime and murder.

“99 murders in 2010.” The headline is cold and abstract, but the impact on families and neighbor-hoods is horrifically real. Murders — and even lesser crimes—leave a trail of anger, fear and helplessness.

Focusing resources on crime's aftermath rather than its causes places the entire burden of fighting crime and disorder on the police, the courts and the schools for crime that we call prisons. In 1994, we launched a quiet revolution called Community Policing, a team approach, with police, code officers, and community people working together to cure underlying disorder.

Community Policing takes time, patience, and a lot of communication. But it works!

The East CAN (Community Action Network) Center helped quell school violence and bond police officers with kids. The Westside CAN Center solved longstanding problems with immigration, youth gangs and parental involvement. The 49-63 and Blue Hills CAN Centers shut down drug houses and put dealers in jail. In my neighborhood, the Gracemor CAN Center sparked an outbreak of self-sufficiency. The police presence lured fearful seniors out of their houses to mentor kids, form an intergenerational choir, and start programs for shut-ins.

Lessons from the Community Policing experience:

*Making government and community more accountable to each other builds trust.
Community policing arms communities with a tool to fight the conditions that make violence seem like the only option. It also makes good sense. It is effective and efficient. Effective because it gets to the causes of intractable community problems. Efficient because it harnesses the incomparable energy of ordinary citizens to take charge of their neighborhoods.