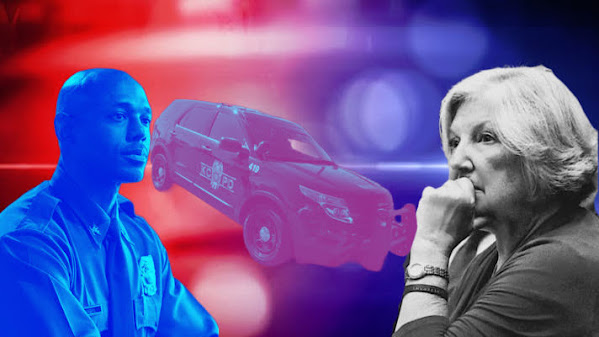 The impact of a recent DOJ investigation into Kansas City police continues to resonate.

Today Mayor Q criticized the Police Board for lack of discussion on the topic.

Council Lady Loar's son served as a captain for 26 years until he resigned amid controversy after a hyper-politicized election season story about a ride-along emerged involving a candidate who finished 3rd overall.

We've seen the dox and not only did David Loar earn more than 3 dozen commendations but NEVER garnered a single disciplinary action or reprimand during his tenure.

Here's what Second District Councilwoman Teresa Loar had to say . . .

"I am not all surprised at the problem with recruitment with the current leadership and interim Police Chief Joe Mabin.

"If there was ever a discrimination case and lawsuit ready to go it was what was done to my son 4 months ago when he was suspended for absolutely no reason and then told if he tried to return he would be terminated so he should either retire or resign . . . So with leadership like that the PD has no chance!!!"