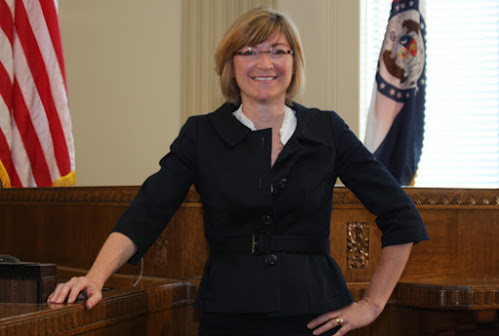 Here's the surprising outcome of a recent police shooting . . .

Remember that bitter debates between these two institutions raged for years and worsened during the pandemic.

Amid the historic local murder count . . . It's nice to see somebody getting along.

On Wednesday, she said she’s getting more access from KCPD when looking into these types of cases.

"I'm really encouraged that there's been sort of a shifting of trust or a shifting of how quickly my staff is allowed in,” she said.

“On Sunday evening I was able to go to the scene. I was able to see video at the scene, so there’s a much more fluid working relationship now.”Peters Bakers is not sure when she’ll make a determination based on the evidence. She said the goal is to be transparent throughout the process.

Read more via www.TonysKansasCity.com links to KSHB dutifully pushing this narrative with all of the power that a small market TV station can muster . . .

KANSAS CITY, Mo. - Police shot and killed a man at a Kansas City, Missouri, gas station Sunday night, and KSHB 41 News exclusively obtained surveillance video Wednesday showing a clearer picture of what happened. The 47 second video shows the moments leading up to and the immediate aftermath of the shooting, which happened on East 55th Street and Prospect Avenue.

KANSAS CITY, Mo. - Mayor Quinton Lucas has zeroed in on building trust between the Kansas City, Missouri, community and its police department as foundational to combating crime, especially on the city's East Side where he grew up. He's repeatedly called for transparency and accountability as central to that mission, but there's still work to do - for Lucas and the KCPD.