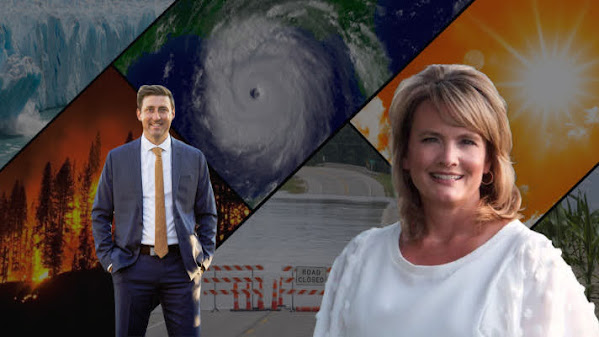 Back in May, with the help of AWESOME INSIDERS, our blog community broke what might the most important story in the history of Kansas City construction.

KCMO building codes confront change that threaten to tack on TENS OF THOUSANDS to local construction costs and might even require current home owners to spend exorbitant amounts of cash to update their homes in order to conform to new requirements.

Our bad . . . We added gossipy vitriol that contradicts the career of a council lady so people didn't really take our rant seriously.

Of course the progressive coverage is biased but provides a good enough place to start.

Here's yet another summary of the sitch . . .

“The 2021 codes are the first to really address our Paris (Accord) commitments and how we decarbonize our houses,” said Stephen Melton, who leads the local Citizens’ Climate Lobby, a group often present at Neighborhood Planning and Development meetings.

It’s important to adopt the building codes now and follow its guidance, Melton said, especially regarding insulation. He said it will save builders money if new homes are built with enhanced insulation, rather than trying to retrofit existing homes to fit the updated standards.

“The work now is to quit building homes that need to be retrofitted,” Melton said. “We can put this insulation in homes for about $6,000 a home, and if you build the homes wrong and you have to put it in later, it’s like $50,000.”

Of course this bad idea was hatched by council lady Andrea Bough and then supported by her buddy council dude Eric Bunch.

- During testimony on this issue, a construction industry expert claimed these requirements could add as much as another $30,000 to any new home built in KCMO . . . That jump in price would likely push many people out of the market.

- Yes . . . Taken to its logical extreme . . . City buildings, many apartment buildings and even homes might be required to update in order to come into compliance.

- Sadly, during discussions there was absolutely no consideration about the current recession and the economic impact of this new legislation on locals from elected leaders . . .There was only talk that the effort would save money rather than cost homeowners even more cash -- Given the questionable proposition that these building requirements are inevitable.

Our only question this morning . . .

SHOULD KANSAS CITY HOMEOWNERS BE FORCED TO FOLLOW THE PARIS CLIMATE ACCORD AT THE OUTSET OF A RECESSION & DURING A HISTORIC CRIME WAVE?!?

It seems like we might have priorities that are more pressing and need attention from mayor & council.

Read more via www.TonysKansasCity.com links as we share info from both sides . . .

William Davies thinks action on climate change is urgent, and adopting new building codes in Kansas City would be a step in the right direction. "Folks are looking to Kansas City for leadership and we shouldn't shy away from that," said Davies, an organizer with the Sierra Club.

Further reading from "many sides" of the debate . . .

Around the world, the ravages of climate change are evident in record-high temperatures, floods, fires and other natural disasters. In the U.S., President Biden is taking executive action to address the climate crisis, citing climate change as both a national security and economic risk.

The booming housing market has been showing signs of a slowdown, hinting that the combination of skyrocketing home prices, record-high mortgage rates and severe mismatch between demand and supply that has dominated the past 12 months might be finally coming to a halt-or is at least giving potential home buyers a break.


Housing's 'great slowdown' is here, as mortgage originations and spending fall, Bank of America says and these cost-effective cooking tips won't leave you with an empty stomach - or wallet


For Climate's Sake, Don't Have The Fed Cause A Recession

We are not in a recession or going into one unless the Fed chooses it. Raising interest rates will not restore balance. We need to reshore the industrial jobs that are critical to economic security and reinvent industries to produce clean products that solve our carbon emissions crisis.


U.S. Will Plant One Billion Trees to Combat Climate Change

To help revitalize millions of acres of burned and damaged forests across the American West, the U.S. Department of Agriculture aims to plant more than one billion trees over the next decade. Wildfires and other issues have devastated U.S. woodlands in recent years, and Forest Service arborists can't keep up with replanting lost trees.

Climate change made the record-smashing heatwave in the UK last week at least 10 times more likely, new research has found. The analysis was published yesterday by the World Weather Attribution initiative, a collaboration of scientists from universities and research institutes around the globe.


GOP Sen. Lindsey Graham says he doesn't 'want to be lectured' on what lawmakers should do to 'destroy' the US economy over climate change

Sen. Graham earlier this week told the NYT he had no interest in being "lectured" on climate change. "The Democratic Party has made climate change a religion and their solutions are draconian," he said. The comments came as a Democratic-led climate bill fell apart due to concerns from Sen. Joe Manchin.


Hot weather is putting my husband off sex

Q I have discovered that my libido increases when the weather is hot. I don't know whether it's all the pheromones or just the feeling of warmth on my skin, but


As interest rates rise, the 'American dream' of homeownership fades for some

Mackenzie Bathgate and her husband, Jon, have been trying to buy a home in Lansdale, PA., for eight months now. "At this point, we've seen 28 homes in person, but ultimately made seven different offers, each one a little bit more aggressive than the last just because we got so tired of it," Bathgate said.