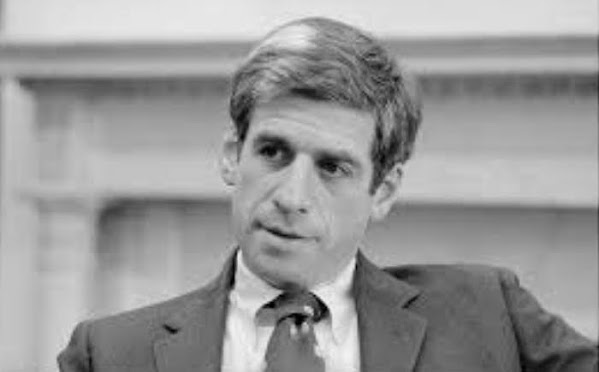 We talked about this yesterday and now it's news fact . . . It gets worse . . . Even if this empty suit garners only a few percentage points . . . That could be enough to swing the upcoming election to Missouri Democrats given that the current leader in the polls is busy alienating everyone by way of playing with guns and making veiled threats on the Internets.

Former Missouri Senator John Danforth told ABC News that his super PAC planned to support an independent in the Missouri Senate election -- and he hoped Wood entered the race.

"I've known John for decades and I've certainly talked to him about running for Senate," Danforth said, noting that their last conversation was in the spring and he learned of Wood's departure from the House committee in the press.

"He has a lot of experience in government," Danforth said.

Danforth, who said that after the Jan. 6 insurrection he "regrets" backing his former protégé Josh Hawley in the 2018 Senate race against Democrat Claire McCaskill, told ABC News that he believes many Missourians think the country "is too polarized" and that both major parties do not represent them.

John Wood, a Republican lawyer and former federal prosecutor who has helped lead the House Jan. 6 committee's investigation, is leaving his role with the panel this week amid calls for him to instead enter the Missouri Senate race as an independent candidate.

JimmyC has a worthwhile take here . . .

A breathtaking development, if you like politics: An independent (a Republican stalking horse) could pave the way for a Democrat to succeed Roy Blunt

From out of nowhere, virtually, Democrats appear to have a chance to win the U.S. Senate seat currently held by Roy Blunt, who is retiring. The tumultuous developments of the last few days revolve around 85-year-old, former U.S. Senator John C. Danforth, a Republican centrist who loathes Donald Trump and the Republican senatorial candidates, all...