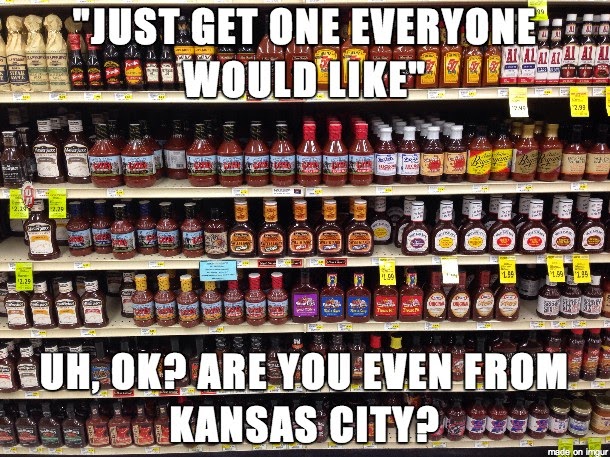 We had a really great discussion over the topic of BBQ contests earlier this week.

Judges named Black Magic the winner of the inaugural "Made for KC BBQ Championship." Black Magic earned the best overall scores in chicken, ribs, pork, and brisket categories during the competition last weekend.

Outstanding Hospitality Management Group, or OHM, hosted the competition. The city selected the group to run concessions for the new KCI Airport terminal.

Of course we wish this crew the best and we've already heard complaints like: "Why aren't there any Black people in the 'Black Magic' group!!!"

Interesting. But we're sure their heart is in the right place.

Moreover, we think Black Magic BBQ deserves a fair shot in a VERY COMPETITIVE COWTOWN where critics can be MERCILESS to BBQ joints.

KANSAS CITY, Mo. - A Kansas City area barbecue team won the chance to have millions of people taste test its creations, while making a name for itself in Kansas City. Judges named Black Magic the winner of the inaugural " Made for KC BBQ Championship."