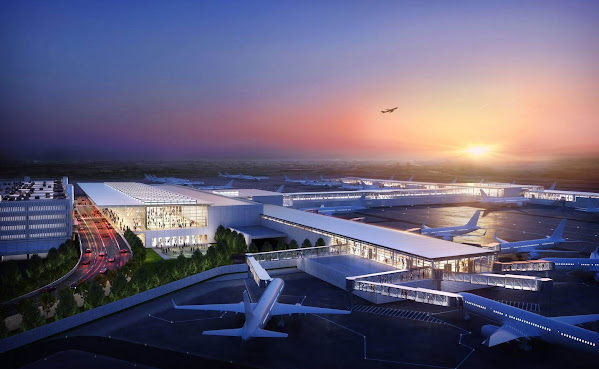 Insider recently shared a reality check and a great question with TKC . . .

"What established restaurant would submit to a public tryout in order to get a measly one-year contract??? This is a bad joke and another sign that the airport isn't delivering on what was promised."

To be fair, whilst we agree that established local BBQ players won't gain much from the competition,  it might be a great opportunity for an upstart place to leverage their win into something bigger.

The BBQ Championship is one of OHM's ideas to have locally-inspired food and beverages offered in the new terminal when it opens next year.

The winner of this weekend's competition will receive a one-year license agreement for its recipes to be served in the terminal's BBQ themed restaurant. The grand champion will also receive a cash prize.

KANSAS CITY, Mo. - Some of the best pitmasters and barbecue teams in Kansas City are competing for a chance to give the world a taste of what Kansas City offers. The first " Made for KC BBQ Championship " begins at 5 p.m.