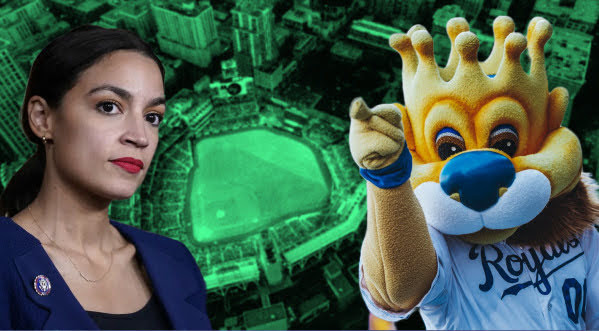 As we reported FIRST on TKC . . . Environmental activists marched on city hall this week and demanded a "down payment" on AOC's green new deal.

They earned an impressive turnout of mostly young people hollering a variety of clever slogans.

Take a peek at their postscript . . . 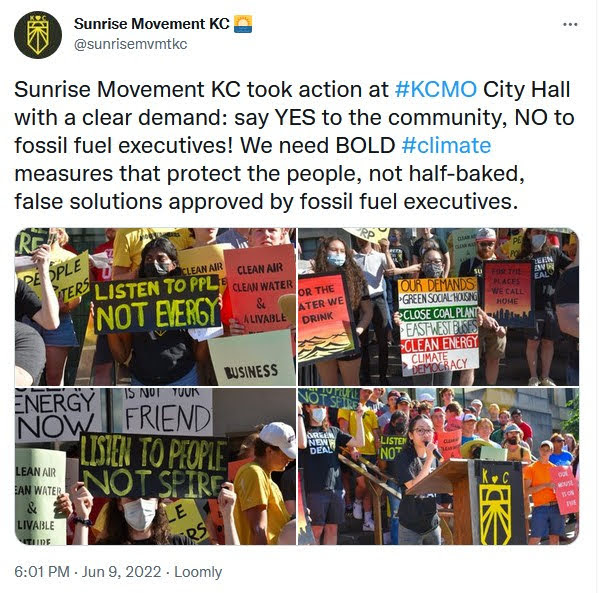 Rather than direct unnecessary hateration at the group and their crusade . . . We wanted to ask protesters about a big picture issue that hasn't met with any discussion amongst the elite cowtown developer set.

TKC: Impressed with your gathering . . . Do you guys have any opinion on the Downtown Stadium? It seems like there would be a significant environmental impact given how much traffic currently exists at the Truman Sports Complex.

Activist: We don't have an official statement yet . . . But I can tell you that we're not against development, we just believe that projects should think about the environment first. If the stadium is focused on equitable, sustainable and carbon-neutral design and construction than we shouldn't have an objection. But if they're going to use outdated modes of building and bring 20,000+ cars to downtown then that would be an environmental disaster and something that should alert anyone who cares about finding solutions for climate change.

We appreciate the quick note from a protester at the demonstration.

About the impending downtown stadium swindle . . . We're sure there will be a bus line and even a bit more accommodation for the toy train . . . But if the stadium is built any time in the next decade . . . Then they'll have to account for THOUSANDS OF CARS COMING TO THE LOOP . . . At least until the inevitable home team losing streak when most fans lose interest and start the countdown to football season.

Why the future of buildings is efficient, safe, and sustainable - Microsoft Industry Blogs

Throughout my life, I've traveled to many places for work, pleasure, and education. Often with family, sometimes alone. Whether I am in Barcelona or Buenos Aires, Austin or Cleveland, Doha or Tel-Aviv, or closer to home exploring Manhattan, I'm always struck by the variation in the built environment.


As Sports Venues Go Zero-Carbon and Zero-Waste, the Race for Sustainability Has Become a 'Forever Journey'

Closing a retractable roof unexpectedly takes much more than the push of a button. For the comfort of the fans in the seats and the competitive integrity for the athletes, the temperature and humidity inside the closed-roof venue needs to match the outside environment, an onerous undertaking for an HVAC system.