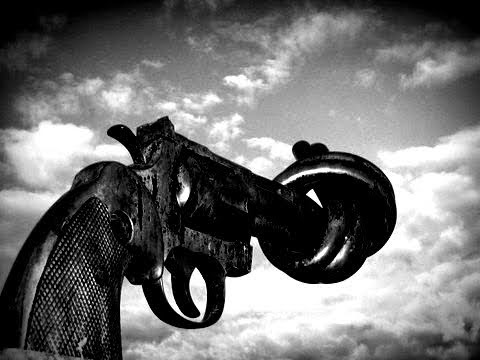 This weekend we notice an EPIC sign that progressive newsies are out of touch with people on local streets.

This was going to be a MASSIVE rally according to the newspaper.

A quote from a recent promotional article from dead-tree media . . .

"The last youth-organized anti-gun rally drew about 6,000 people of all ages and backgrounds. I can’t help thinking that if people were so fed up at that time, then this weekend’s gathering should be even more momentous. Nothing could be more important than getting really loud about gun control if it helps to stop the mass murder of schoolchildren."

According to their own reports . . . Attendance figures didn't match the hype . . .

"About 100 people gathered under shade trees in Gillham Park on a day where temperatures reached into the 90s. They held signs reading, “Enough is enough,” or “Protect kids not guns.” Saturday’s March For Our Lives rally in Kansas City was one of hundreds nationwide, the largest held in Washington D.C."

Local news was about 5,500 people off when it came to gauging the interests of their audience.

We recognize that any significant gathering of locals standing up and attempting to make their voices heard deserves attention.

It's nice to see people get away from their screens and into the real world . . . Even if we disagree with some of their politics.

Again, it's also worth noting that Mayor Q and several politicos hyped this event for their "followers" on social media.

In the last "March For Our Lives" the movement was comprised of students and earned widespread support amongst young people eager for their first experience organizing a political rally . . . This time around the event was clearly an effort manufactured by Democratic Party activists, it was little more than a hyper-partisan rally in order to bolster support for the beleaguered administration.

And so . . . Whilst the anti-gun rallies did earn widespread support in other parts of the nation. The cowtown crowd stayed away . . . Maybe because they didn't have gas money.

Meredith Bills and her friend, Joni Hall, found it hard to believe that they had to use the same old signs again on Saturday to help a crowd call for gun safety laws in response to yet another wave of mass shootings.


Guns and Politics: Where do our lawmakers stand on reform?

Hide Transcript Show Transcript AN ISSUE THAT HAS UNDOUBTEDLY BECOME ONE OF PUBLIC SAFETY IN OUR COUNTRYAS H ALSO BECOME A POLITICAL LIGHTNING ROD DEMOCRATS WANT TO EXNDPA SAFETY RESTRICTIONS.


'Enough is enough': thousands rally across US in gun control protests

Rallies for gun reform were held in Washington, New York, other US cities and around the world on Saturday, seeking to increase pressure on Congress to act following a spate of mass shootings. In Washington, the son of an 86-year-old victim in the Buffalo supermarket shooting said: "Enough is enough.