Culture war and racially charged politics have created a climate so toxic that people in Kansas City no longer trust any evidence which doesn't align with their worldview.

Over Memorial Day weekend a bystander to a Kansas City officer-involved shooting gave interviews that spread around the world claiming that police shot a woman who was unarmed, offering no resistance with her hands up.

The eyewitness was known only as "Shedanja" and global media shared her story with no tough questions asked.

Here's a screencap of one of many interviews she provided . . . 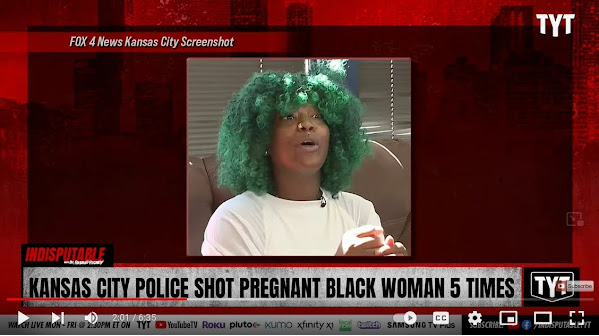 Credit to Fox4, they actually put a camera on the lady and allowed viewers to decide for themselves.

We'll allow these folks to speak for themselves in these passages reported sympathetically by local media . . .

Roughly two dozen people organized in the parking lot beside the Family Dollar at Sixth Street and Prospect Avenue in the Independence Plaza neighborhood. Several challenged the official narrative that has been given by authorities that Hale was armed and presented a threat to the officers.

“We do not care how they tried to vilify our sister,” Dawn Oliver, a community activist, said to the group Wednesday evening. “We will show up for ours and we will continue to support her through this long and challenging journey.”

From a donation-based hack blog . . .

"Since the story was released, the MSHP and KCPD have attempted to frame Leonna Hale as a suspect in the alleged “carjacking” case. But the victim of the alleged “carjacking” has not brought charges against either Leonna or the male individual who escaped from the police. Leonna is now only being charged with crimes relating to the interaction with police that nearly left her dead, but nothing to do with a “carjacking.”'

Another perspective from recent protest that speaks to the crux of the argument . . .

“We don't care if she did or didn't do what they said she did," one of Hale's supporters said. "She did not deserve to be shot down."

A local dead-tree columnist is deflecting his tacit allegations against police and seemingly defends his decision to trust the lady with a green clown wig on rather than wait for more substantial evidence . . . 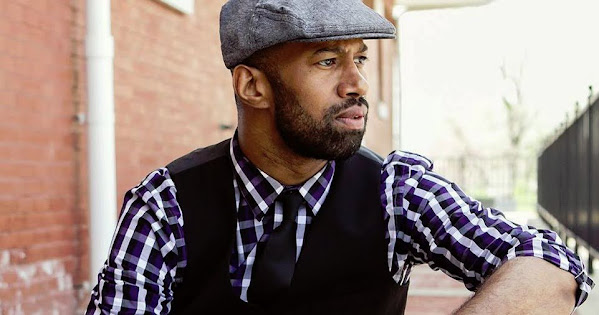 In my second piece, I wrote: "A gun was in the hand of a woman when she was shot by Kansas City police...

But the (KCPD) also said Cameron Lamb possessed a gun when he was fatally shot in 2019 by former police detective Eric DeValkenaere.

Lamb wasn’t armed when he was killed."

Not to get hung up on it . . . But the case about Cameron Lamb's death wasn't dependent on a firearm but, instead, hinged on "reasonable search" protocols . . . Also, the verdict is about to be repealed and/or the officer will be pardoned by the Missouri Guv over a decision by a Jackson County judge that runs contrary to mountains of case law.

Toriano Porter was incorrect when he implicitly alleged wrongdoing against police and now he hides behind "just asking questions" phraseology which is the same kind of despicable tactic employed by the talking head scoundrels we all watch on political chat shows every night.

This morning FOP honcho Brad Lemon lumbered his way over to right-wing radio to gloat about the story's evolution.

The only problem is that Mr. Lemon never convinced anyone of anything and he has served mostly as a divisive public figure with limited political influence and mostly negative perceptions within the metro executive community and the urban core.

Tow truck drivers across Kansas City have no love for the dude either. lulz. 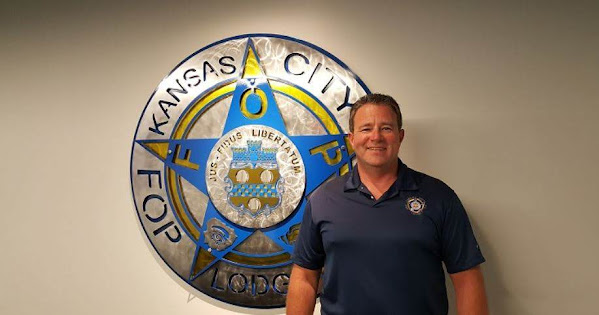 The tragedy here is that, as usual, eyewitness testimony proved inaccurate but the people of Kansas City are so blinded by venomous political ideology that no one could dare to show compassion or even consideration for the viewpoint of their imagined opponents.

The horrific reality is that facts are seemingly irrelevant to our discourse in Kansas City.

Instead, every public dispute merely provides ammunition for warring tribes factions to engage in a continual fight against one another rather than seeking understanding amongst neighbors. 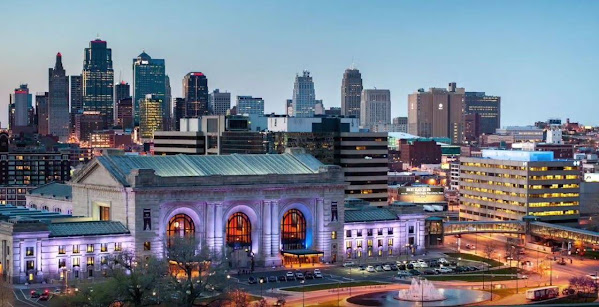 Supporters of Leonna Hale upset over KCPD's response to incident

KANSAS CITY, Mo. - Those who know of Leonna Hale wish there would have been a peaceful outcome, rather than what happened Friday night in the parking lot of a Family Dollar at east 6th Street and Prospect Avenue. Hale was shot by a Kansas City, Missouri, police officer during a confrontation.

KANSAS CITY, MO - In the days since news broke that a 26-year old Black woman was shot multiple times by KCPD, then arrested while laying in a pool of her own blood before receiving medical attention, the viral story seemed to reach nearly every national and international news outlet.