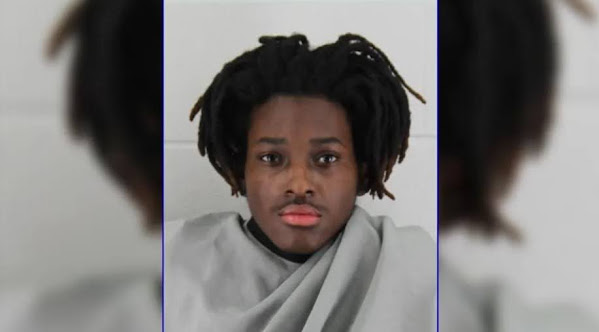 Right now we share an update on a scary golden ghetto hot mess that sparked tech clap back and a very weird dead-tree effort to downplay of heroism at the scene of the shooting . . .

Here are the basics in one of many metro shootings so far this year . . .

Updated records from the Johnson County Sheriff's Office show Jaylon Desean Elmore, 18, has been booked into a detention center in Olathe.

Elmore is accused of bringing a gun, later identified by authorities as a "ghost gun," to Olathe East High School, and shooting an assistant principal and school resource officer after he was confronted.

Elmore had remained in custody, under guard, and undergoing treatment at the Overland Park Regional Medical Center since the day of the shooting, first in critical condition, then upgraded to serious but stable.

KANSAS CITY, Mo. - The suspect in the Olathe East High School shooting has been moved from the hospital to the jail. As of Tuesday, 18-year-old Jaylon Elmore was listed as an inmate at the Johnson County Central Booking facility in Olathe.

OLATHE, Kan. - The suspect in a shooting that injured a school resource officer and assistant principal at Olathe East High School has been booked in Johnson County jail. Jaylon Elmore, 18, is charged with attempted capital murder following the incident on March 4.