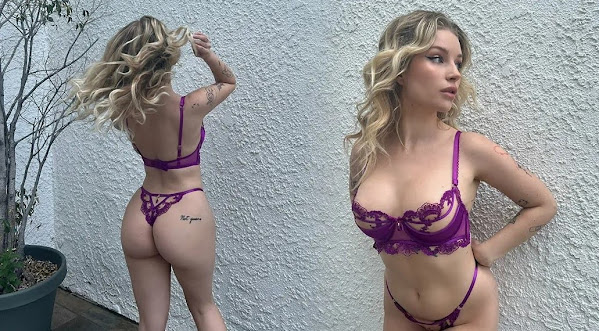 Right now hottie Lottie shares a classic turn as we celebrate #TBT with this quick collection of pop culture, community news and to headlines . . .

It's time to start summer in Kansas City! Ask any Kansas Citian what to do over the summer and you'll likely hear classic answers, such as going to the Nelson-Atkins Museum of Art, Union Station, Kansas City Zoo, or Worlds and Oceans of Fun. Those are all fantastic options for the lazy days of summer,...

Kansas City Council is facing a test of the city's latest sustainability commitments as it considers whether to make its building codes more environmentally friendly. Councilwoman Andrea Bough, District 6 at-large, is proposing a new set of building codes that would make new developments more energy efficient.


Saving The Planet In The Dotte

A small college in Kansas City, Kansas, wants climate justice at the center of everything it does

Joe Multhauf is an avid gardener, but even he was thinking that a chilly day with wind gusts up to 20 mph was less than ideal for putting seeds in the ground.


Show-Me Collective Bargaining Win For Workers In The Stacks

SHAWNEE, Kan. - The Social Bar and Grill is now on the clock to try to find a solution for noise complaints from area neighbors. The Shawnee City Council voted unanimously to allow the bar to maintain a special use permit (SUP) for live entertainment on a four-month trial period.

Lottie Moss has vowed to send a plethora of nude images and 'rate' any pictures of penises that she receives from fans if they sign up to her $80 VIP OnlyFans service. The half-sister of supermodel Kate Moss took to the X-rated subscription site over the weekend to reveal she was lowering her price from the usual $100-a-month in a special end of the month deal.

On the campaign train, Biden said he was in support of clearing $10,000 for all. Doing so would cost around $321 billion and completely forgive the loans of about one-third of student loan borrowers. Yet there's concern that an announcement of $10,000 in relief would cause more frustration and disappointment than anything else.

Kellyanne Conway predicted Donald Trump will run for the White House again in 2024. She was one of his longest-serving White House officials. If Trump doesn't run, she said the alternatives to watch are those supported by the grassroots.

KYIV, Ukraine (AP) - Moscow pressed the West on Thursday to lift sanctions against Russia over the war in Ukraine , seeking to shift the blame for a growing food crisis that has been worsened by Kyiv's inability to ship millions of tons of grain and other agricultural products due to the conflict.

When the US federal government's pandemic health emergency declaration expires, millions of Americans are at risk of losing healthcare coverage through Medicaid with potentially devastating consequences. According to an analysis by the Kaiser Family Foundation, an estimated 5.3 million to 14.2 million could lose their Medicaid coverage when the Covid-19 public health emergency ends on 15 July if it is not extended.

Beloved actor Ray Liotta has died, his rep confirmed to The Hollywood Reporter on Thursday. He was 67. The "Goodfellas" star died in his sleep in the Dominican Republic where he was filming a new movie titled "Dangerous Waters." TMZ also reported that no one suspects foul play in the actor's shocking death.


They're Still Reliving The 90s In Meth Town

Fred Durst. // Photo by Aaron Rhodes Several times throughout Limp Bizkit's 80-minute headlining set at Cable Dahmer Arena on Tuesday night, fans were encouraged by singer Fred Durst to "party like it's 1999." That was a big year for Bizkit.

Save the date - Thundergong returns on Saturday, Nov. 12. Thundergong is a variety show headlined by Jason Sudeikis to benefit the Steps of Faith Foundation , a nonprofit that helps provide prosthetics for amputees who are underinsured or don't have insurance.

Thursday is the last Impact Day before clearing out for Memorial Day Weekend. Scattered showers are expected mainly late morning into early afternoon. Highs in the mid-60s. Overnight, it will be partly cloudy with lows in the upper 40s.Friday will be warming up with highs in the upper 70s.

Derek & The Dominos - Layla is the #TBT song of the day and this is the OPEN THREAD for right now.