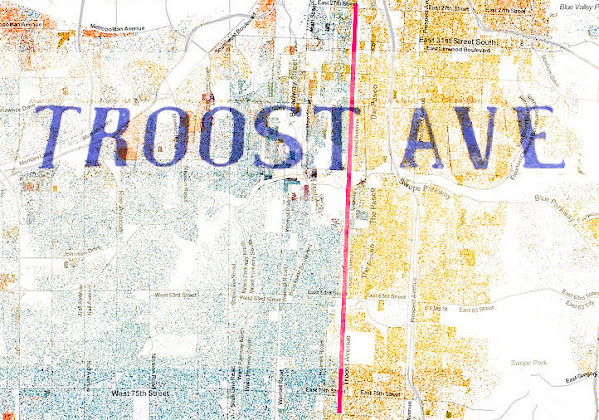 It's important not to get too upset about the antics coming out of the courthouse because it's one of the sketchiest places in Kansas City, the feds are ALWAYS watching and the stone viper pit was literally built upon corruption.

In 2022, one of the most progressive and diverse coalitions ever assembled by local government came up with a map that uses Troost as a major political dividing line.

What does this accomplish???

Decades of complaining about redlining and the predatory tactics of dead real estate moguls were just REAFFIRMED by local political power players.

We could write volumes about this and still never scratch the surface . . .

Instead, we'll let the new in-district map speak for itself . . . 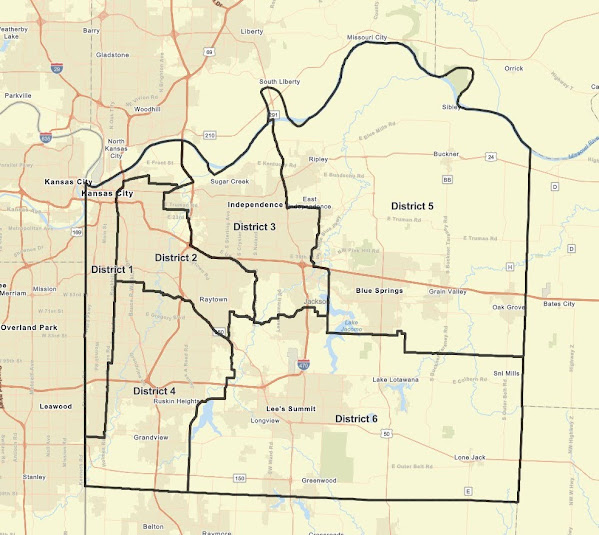 This drawing is ridiculous but effective.

Supporters note that it keeps 2 Republican districts intact. And the 1st District has a sizable Latino population . . . Which might be nice if any of those people actually bothered to vote.

Supporters will also note that old school councilman Bobby Hernandez signed on to this monstrosity.

As we reported earlier this week, there are legal threats going back & forth.

Thanks to KICK-ASS INSIDERS we're sharing some background info on the process.

Check the memo from the Redistricting committee that started a great deal of local political chatter . . . Here's the money line about these lines being used for the 2022 election cycle:

"The reason for “redistricting” every ten years is that populations change over the years and government learns of those changes after a census. According to those changes, accurate representation in each district must be updated for fairness. To not apply these maps according to 2020 numbers now but wait until legislators take office in 2027, is not only wrong but also unmistakably unconstitutional. This Committee has no authority in enforcing the applicability of these maps if someone decides to not follow the clear law, but it is important for you and the public to understand this Committee’s position and our opinion of the applicability of the new maps in following with our duty. It is plainly in contradiction of the Charter and undoubtedly against the public’s interest of open and fair elections for these new maps not to be applied to the current races for November 8, 2022. Thank you."

Whatever helps people sleep at night is fine with this blog.

Aside from the debate over "communities of interest" there's something even more interesting at play.

For many this redistricting process awards more representation the people of color - The backbone of Jackson County's Democratic Party.

Ironically, whilst so many progressive lament "the Troost dividing line" they will ignore this map ordered by the first African-American County Executive & drawn by a "diverse" coalition which REINFORCES that very same racial partition.

On the bright side . . . Because the map represents a unique opportunity for the competitors in this contest and EVERYBODY in local politics thinks they're smarter than their competition . . . We don't expect complaints to go very far.

Meanwhile, for better or worse . . . This secretive and, again, very sketchy redistricting process which impacts more than 700K voters has been largely overlooked my mainstream progressive media because it's too embarrassing.