There's so much more to unpack after Feds sent a letter threatening a DEFUND against New KCI but for Sunday let's take a quick look back at council actions.

KANSAS CITY VOTERS SHOULD REMEMBER THAT THREE COUNCIL MEMBERS BOYCOTTED THEIR COMMITTEE DUTIES IN ORDER TO ADVOCATE FOR A SKETCHY BID FLIP THAT SPARKED INVESTIGATION FROM THE FEDS THIS WEEK!!!

This isn't just political chatter . . . The politicos sent out a press release which now seems misguided in retrospect . . . Take a peek: 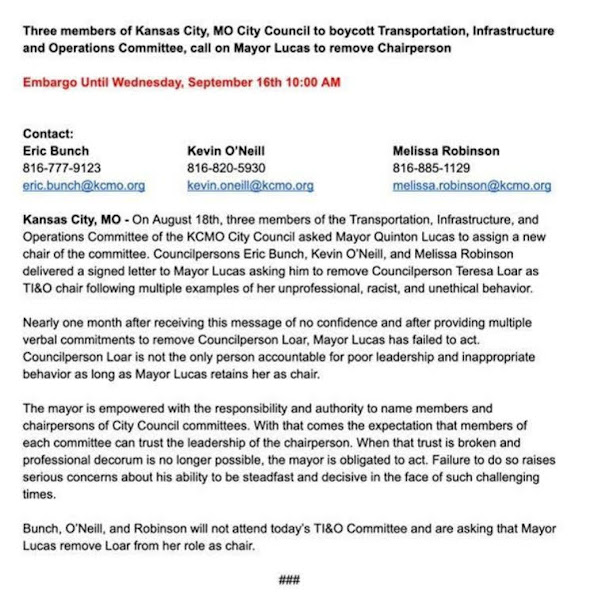 We covered this racially charged drama back in 2020 and in hindsight it seems like VERY BIG MISTAKE given recent word of government investigation.

This EPIC flipped bid deserves a great deal of consideration and now that Lisa Garney is going on the record . . . Kansas City residents are getting an up-close & personal look at New KCI contracting.