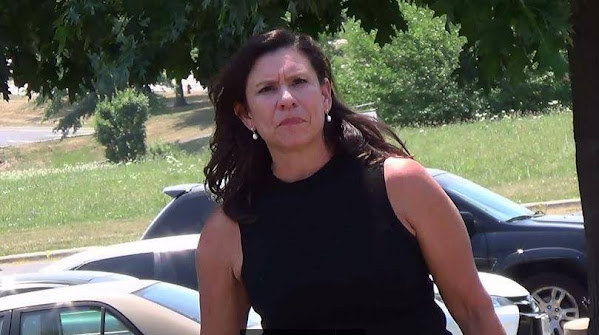 Once again we notice the best laid plans of Kansas City elected leaders have backfired.

To wit and just as many of our readers predicted . . .

As we noted yesterday, the Mayor has built an uninviting fence around his 12th & Oak playground in order to keep out the hobos . . . Most other working-class local neighborhoods don't have that same luxury.

In December, the City Council approved $400,000 for the program, an amount that will be paid out in reimbursements once contracts are finalized with service providers. Other grants are also being sought . . .

But the word is already out about Lotus Care House among those who need it.

A group of people are living in small tent city on a vacant lot just to the east of the hotel. The blue tarps and smoldering campfires offer a testament to the trust and safety building around the hotel, and also of overwhelming need.

Houseless Hotel: A 'Housing First' Solution for Those Without Homes

The mantras of Jamal Collier are reminiscent of "The Secret," the best-selling book of positive affirmations championed by Oprah Winfrey. He meditates. He focuses on his talents, envisioning happiness through a love of music. Collier brings that vibe to helping the recently homeless find the path that he's on - gaining more self-sufficiency through a new transitional housing program located in a former Kansas City hotel.