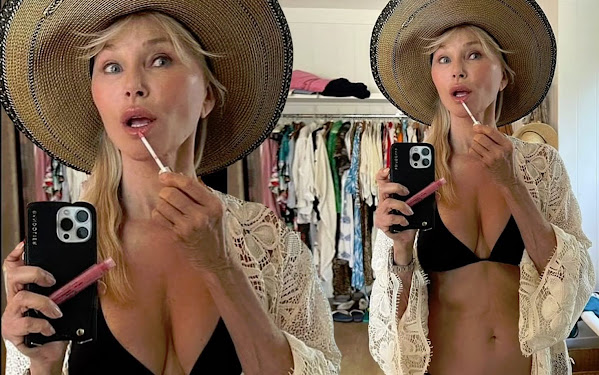 Special thanks to one of most KICK-ASS TKC READERS for directing our attention to a CLASSIC AMERICAN HOTTIE still looking beautiful and inspiring us to check pop culture, community news and top headlines tonight.

Chiefs' Willie Gay speaks briefly after getting out of jail

Hide Transcript Show Transcript KRIS: THIS JUST IN TO THE NEWSRO.OM WE HAVE AN UPDATE ON THAT STORY. WILLIE G WAYHO BONDED OUT OF THE KANSAS JAIL 45 MINUTES AGO, AS HE WALKED OUT, HE SPOKE WITH KMBC 9 NSEW AND HERE IS WHAT HE SET.

KANSAS CITY, Kan. - A Wyandotte County landmark that has drawn complaints from neighbors for years is now on the market. The Sauer Castle can be yours for a cool $10 million! This once eminent estate in the Rosedale neighborhood has been badly neglected over the years .

A Kansas City man convicted of murder could soon be set free. Keith Carnes' legal team is making plans for his release from prison. But there are no guarantees.

by: Sydnie Holzfaster Posted: / Updated: OLATHE, Kan. - More than a week after a FOX4 report exposed a large amount of taxpayer dollars missing from the Johnson County Courthouse, county leaders say they're still looking for answers. On Thursday, Deputy County Manager Maury Thompson briefly spoke to the board of county commissioners (BOCC) about the investigation.

Looks like Christie Brinkley is ready to take a dip into the fountain of youth. The Sports Illustrated Swimsuit model took to Instagram on Sunday and shared a mirror selfie of herself rocking a skimpy black string bikini as she applied a lip plumper.

Biden acts much more like Putin's puppet than Trump ever did

Back in 2017, Walter Russell Mead wrote: If Donald Trump "were the Manchurian candidate that people keep wanting to believe that he is, here are some of the things he'd be doing: Limiting fracking as much as he possibly could Blocking oil and gas pipelines Opening negotiations for major nuclear arms reductions Cutting U.S.

January 6 Committee to ask Ivanka Trump to talk with them

Democratic Rep. Bennie Thompson, chairman of the House select committee investigating the January 6 riot, told reporters on Thursday that the panel will be inviting former President Donald Trump's daughter and then-White House senior adviser Ivanka Trump to talk to the committee, a major step for the panel closing in on the former President's inner circle.

In a push to compel the testimony of former President Donald Trump and two of his children, New York Attorney General Letitia James late Tuesday disclosed a potential game-changer in a widening civil investigation of the Trump family business.

The Supreme Court on Thursday rebuffed abortion providers' latest legal maneuver in their challenge to Texas' 6-week ban, which has sharply reduced abortion access in the state since taking effect nearly five months ago. The order, issued without comment, was unsigned but appeared to divide the court along ideological lines, with the court's three liberal justices writing in dissent.

Jury selection is set to begin Thursday in the federal trial of three former Minneapolis police officers who were on the scene when fellow officer Derek Chauvin knelt on George Floyd's neck for more than nine minutes and ultimately killed him.

Mitch McConnell spoke to press after the voting rights bill failed in the Senate late Wednesday night. "African-American voters are voting in just as high a percentage as Americans," the Senate Minority Leader said. His comment has received pushback from critics and political opponents.

A Czech folk singer died after she deliberately contracted Covid to obtain a health pass that would have allowed her to visit venues blocked to those without proof of vaccination or recent recovery from an infection, her family has said. Hana Horka, 57, who was the vocalist for the band Asonance, died on Sunday, according to her son Jan Rek.

Singer Adele has announced the postponement of her Las Vegas residency, one day before it was set to kick off, saying Covid has rendered it impossible to move forward.

KANSAS CITY, MO (KCTV) --- Chiefs Kingdom will welcome a good amount of Buffalo fans to the city as the Chiefs take on the Bills this weekend. But one rancher in the metro is a fan of a different kind of Buffalo. A small shack in Missouri is aiding tailgating for diehard fans this weekend at Arrowhead.


They're Going Overseas & Not Inside The Loop


Cowtown Tech Worth A Peek

This broadcast features Startland News reporters in conversation with the founders who lead the Startups to Watch companies showcased in the publication's 10 Kansas City Startups to Watch in 2022 list and explore ways in which they're disrupting industries in Kansas City and beyond. Use #KCSTW22 to interact with other viewers on social media.

Hide Transcript Show Transcript KNOW FIRST. THIS IS FIRST ALERT WEATHER. KEY:LL I'M NOT SURE HOW MANY NEW WAYS THERE ARE TO SAY IT IS COLD OUTSIDE, BUT I THINK WE ARE LOOKING FOR A WARM UP. NEVILLE:NEVILLE: AND WE ARE READY FOR IT. LDCO FRIGID, ANY WORD THAT CAN DESCRIBE HOW IT ELS FEOUTSIDE.