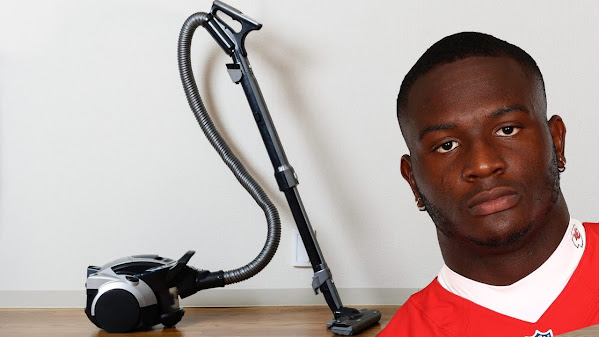 Like it or not, this kind of incident is really the only way to objectively gauge the team's readiness for the upcoming contest.

Here's a worthwhile roundup of the football embarrassment . . .

"According to charging documents, Gay faces one count of criminal damage of less than $1,000 for damage to property including a vacuum cleaner, wall and a door frame and the incident is domestic violence-related."

Everything we know about Willie Gay's arrest and what's next

Kansas City Chiefs linebacker Willie Gay Jr. was reportedly arrested in connection with misdemeanor criminal damages. On Wednesday night, at 10:30 p.m. Gay was arrested and booked into the Johnson County Detention Center (which is in Kansas), where he remained Thursday morning awaiting bond.

KANSAS CITY, MO (KCTV) - The Oxford Dictionary defines domestic violence as "violent or aggressive behavior within the home, typically involving the violent abuse of a spouse or partner." The Rose Brooks Center, a local domestic violence shelter, says property damage is a type of physical violence and does qualify as domestic abuse.