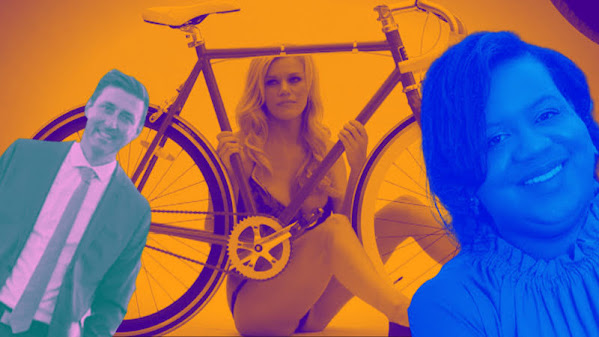 Those who REALLY understand what's going on know that it's all a sketchy scheme hatched by a small cadre of "urban planners" who are connected to a few organization that earn city funding for building these monstrosities.

The urban core wants out.

Sadly, there's a bit of push back from people who mistakenly think that riding a bicycle and impeding traffic is the next, great civil rights struggle.

Here's a recent summary of the fight that we covered earlier this year with fewer words . . .

That ordinance, which Councilwoman Melissa Robinson introduced in late October, has ignited a citywide conversation that encompasses much more than bike lanes.

Now, it’s about the quality of the city’s streets and sidewalks, about the neighborhoods that are prioritized for improvements and the ones left behind, about equity and whose voices are heard.

The strength of Council Lady Robinson's legislation is that it offers AUTONOMY TO NEIGHBORHOODS AGAINST BAD CITY HALL PLANNING.

Hint . . . Not everything is about equity. In fact, council is often at their best when they momentarily step away from culture war theater.

Here's a significant FAIL that shouldn't be forgotten . . .

Now, locals are starting to understand that most of these creeps are only padding their résumé with a lame attempt to turn KC into Portland that hasn't worked so far.