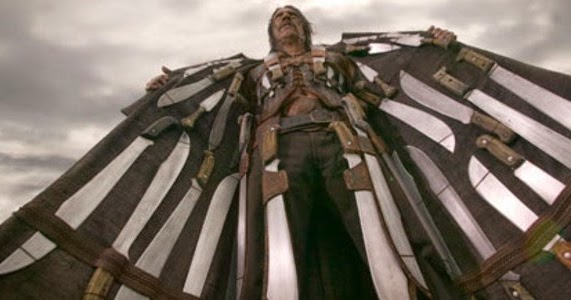 Kansas City news watchers should pay close attention to a story of a recent knife fight.

YES, MACHETES ARE THE NEW WEAPON OF CHOICE IN KANSAS CITY HOMELESS CAMPS!!!

Long gone are the days of youngsters defending themselves from rival hoods with switch blades . . . Things have escalated on local streets.

Real talk: Amid the rough winter months, there are many dudes on local streets who will be armed with machetes.

Remember that earlier this year some dude showed up to a city hall homeless camp with a machete.

Here's the start of the slice of life report . . .

"Upon arrival officers located one male victim who had severe lacerations on his forearms. Witnesses indicated that two male parties one who rode up on a motorcycle were fighting in the street. Both men were armed with machetes."

Machete fight sends one to hospital

Thursday evening at approximately 5:55 pm KCPD officers were dispatched to the area of Windsor Avenue and Gladstone Boulevard on a call of an outside disturbance . . .