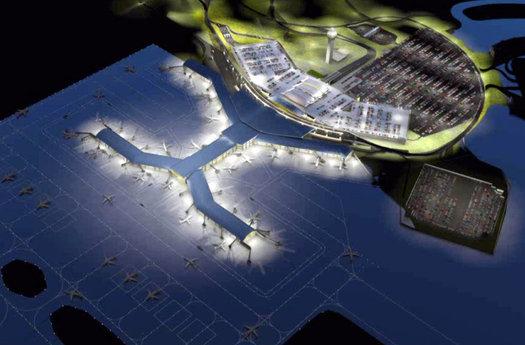 And so the excitement over the new airport has turned in to skepticism and a horrific look behind the scenes of legislative sausage making.

- The City manager isn't really trustworthy and is fiercely loyal to Mayor Q - That's not entirely a bad thing but good to know.

- Labor struggles will inevitably confront new KCI . . . The group who won the deal doesn't have the best track record.

- There was more excitement and participation from mayor & council over this bidding war than anything related improving public safety - Just a quick reminder to voters about what REALLY influences city hall. Hint: Money.

"The council awarded the $1.5 billion contract to Vantage Airport Group in a 9-2 vote despite pushback from some council members . . .Some members of the other bids have even alleged that there's corruption involved in the selection process."

KANSAS CITY, Mo. - After weeks of debate, the Kansas City Council on Thursday approved the concessions contract for the new Kansas City International Airport terminal. The council awarded the $1.5 billion contract to Vantage Airport Group in a 9-2 vote despite pushback from some council members.

KANSAS CITY, Mo. - The Kansas City, Missouri, City Council voted 9-2, with one abstention, on Thursday to extend the Kansas City International Airport concessions contract to Vantage Airport Group. Vantage agreed to invest $65 million into the project with a term agreement of 15 years, according to a city fact sheet.

Canada's Vantage Airport Group won out over four rival proposers Thursday to run the concessions at Kansas City International Airport's new terminal, slated to open in March 2023. The City Council vote was seen as a crucial decision, affecting visitors' first impressions of the city for years to come.

KANSAS CITY, MO (KCTV) -- On Thursday, the KCMO City Council approved Vantage's concessions proposal for the new terminal at KCI. The vote was 9-1-1, leading to the contact being awarded to Vantage Airport Group.