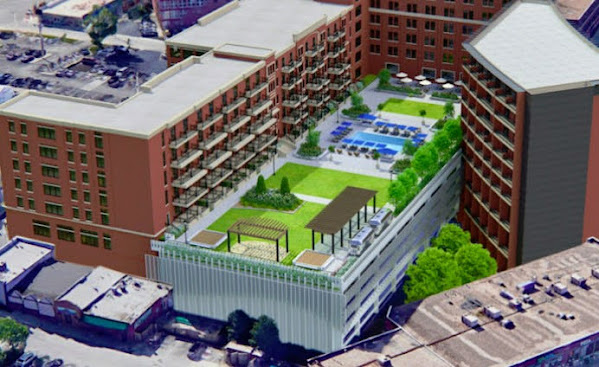 About a week ago gunfire scattered crowds of party people into the night and proved that new security efforts can't really keep Westport safe.

However, the well-being of locals has never concerned developers.

Even after the pandemic the future of retail is sketchy at best and investors are looking elsewhere for profits.

For an even better laugh . . . In other parts of the Internets there's a claim that developers don't want incentives. That's likely false given that last minute tax perks have ALWAYS on the table for successful projects.

What's really interesting is that local "public" TV magazine is running infomercial hype and most readers are too disinterested to challenge the premise.

Big Westport Mixed-Use Project Back, Would Include Apartments and Hotel

A big Westport apartment and hotel project pitched four years ago is back, with the City Plan Commission quietly approving a master plan development agreement Tuesday for what's called Westport Terrace at Manor Square. The project would significantly increase the density of the city's best-known historic neighborhood, adding 220 apartments in two mid-rise buildings and a 190-room hotel.