"The Jackson County Legislature passed an Emergency Cooling Ordinance. Public Works wants to bring in outside equipment that would push cool air into floors three through eight, which would help cool down courtrooms so the justice system can continue its work. It would cost nearly $1.6 million."

"The courthouse looks like something out of a science fiction movie. It's a disaster zone not an office or building that inspires confidence." 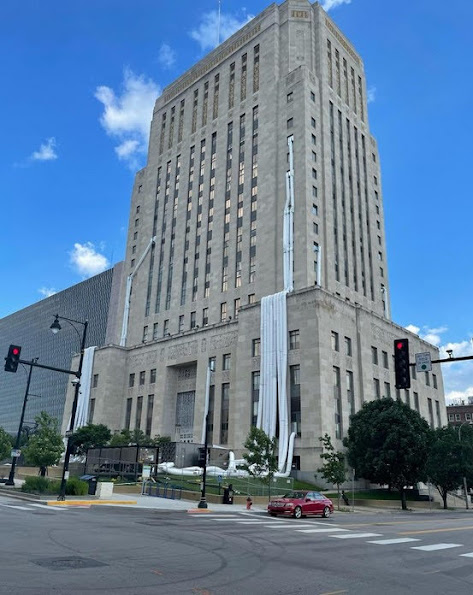 "There are gigantic generators on the lawn and they're loud as hell during the day. In addition to the traffic, the decibel level is almost unbearable for the people who are waiting at the bus stop." 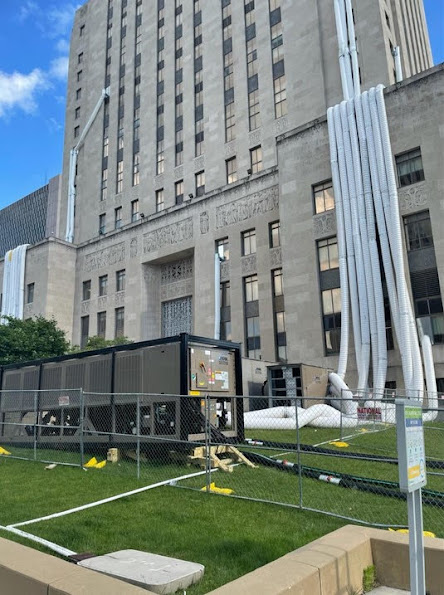 "More than that, the sci-fi building just looks unprofessional and without forethought or adequate planning." 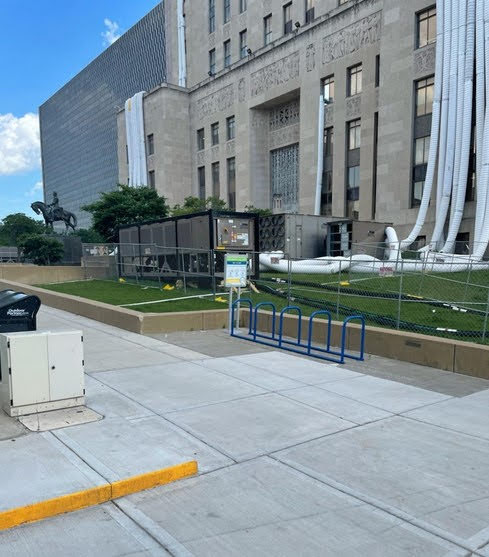 Many insiders believe the state of the building reflects on the leadership of Jackson County Executive Frank White.

"He wants people back in the building and to get the courts up and running but this 'solution' is creating even more problems and a very real threat to our employees over the standards of their workplace. We've only got one elevator working and a slipshod A/C system that's clunky and an eyesore for all of downtown. I'll put it simply . . . Take one look at that building and tell me if it seems like competent leadership is in control of the situation." 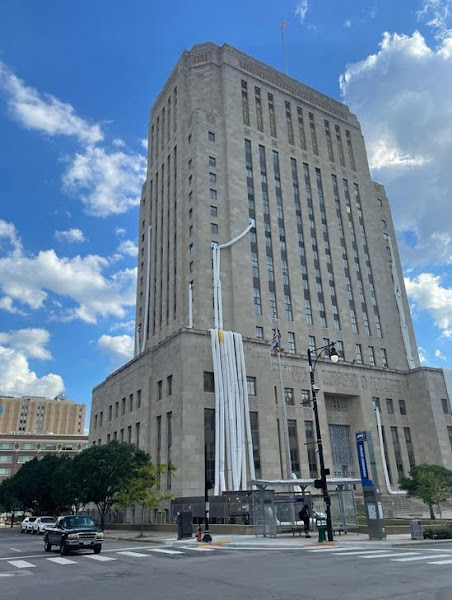