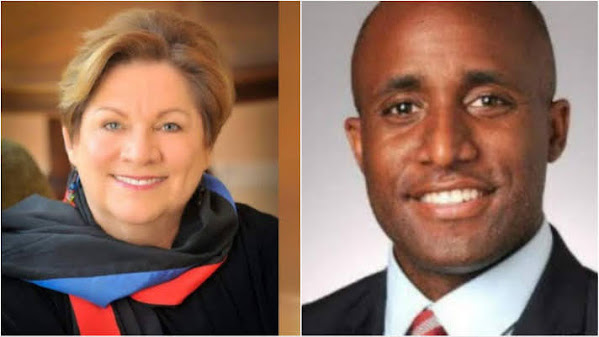 Here's a quick tidbit that's circulating amongst Kansas City insiders and deserves to see the light of day outside of the 12th & Oak vicious circle . . .

Of course Council Lady Katy is denying it all and downplaying her political future.

But our millennial friends dispute the humble boomer pose and realize that the 4th District At-large politico is actually quite spry and has a healthy appetite for power at the outset of her 70s.

Supporters of Mayor Q are salty after the council lady encouraged some of Mayor Q's more radical positions like defunding police and a great deal of homeless help only to pull back and take a moderate stance when push came to shove.

"She played Q. And he fell for it. He has taken every bit of her bad advice and now finds himself without any real constituency and at the mercy of some of the most radical leaders in KC. Meanwhile, Katheryn is doing what she always does . . . Upholding her EXCEPTIONALLY STRONG connections to local biz and doing their bidding when it matters. The homeless crisis was probably the final betrayal . . . (Council member) Shields double crossed Mayor Q and her opposition to the tiny homeless village might as well have been her campaign announcement for Mayor. What's scary is that THIS TIME AROUND she actually has a decent shot."

Mayor Q has only won elections by calling his opponent racist.

That's not going to work against Council Lady Shields because her connections to labor and union bosses are actually much stronger that Mayor Q. She's best buddies with the rep from the Heavies and she has been front and center for African-American biz leaders for the last quarter century.

Also, she's not as nice as former Council Lady Jolie Justus and isn't afraid to argue in public or enjoy the benefit of nasty campaigning that makes other "progressive" candidates demur.

Will she be called racist if she campaigns against Mayor Q? Of course . . . Will it stick amongst anybody but sponsored content Twitter bots??? Not likely.

As Mayor Q struggles to craft a vision for his administration . . . Kansas City already knows what Katheryn Shields is all about for the past quarter century . . .

She's a power player who has EVERY SINGLE KANSAS CITY local biz leader, union boss and big money donor in her Rolodex. And yes, I imagine that she still uses a Rolodex.

Mayor Q might be reading this one and telling himself and attempting to reassure himself by dismissing this post as basement blogger content . . . But deep down he might realize that any lady bold enough beat a federal case and then dance outside of the courthouse wouldn't have any problem double crossing a rookie mayor.

In the coming weeks and months look for Mayor Q to distance himself from the 4th District leader who OBVIOUSLY wants his job . . . Meanwhile, this little bit of city hall gossip reveals that KC biz leaders are quite aware that the current city hall administration is now operating far out of its depth.