The Kansas City discourse have become increasingly confusing amid the advent of social media.

For the uninitiated, online digital content creators can seem more influential than leaders who have spent decades building a reputation within their communities.

What's worse is that many prominent people sometimes feel compelled to match the captivating rhetoric of online pundits as they give into envy over mostly meaningless likes and shares that are only really built as part of a system to boost user participation, engagement and advertising views.

And so, the online discourse brings us to more serious questions betwixt local clergy and police.

This month the minister has earned a bevy of local media coverage by highlighting tragic video of a deadly KCPD arrest and claiming the altercation was an "execution" by police.

Here's his appraisal of rhetoric from the police leader in a public post this morning . . .

Again, to be fair, the quotes from the FOP leader were in reference to protesters who threatened police by way of a nasty coffin presented at KCPD HQ . . . 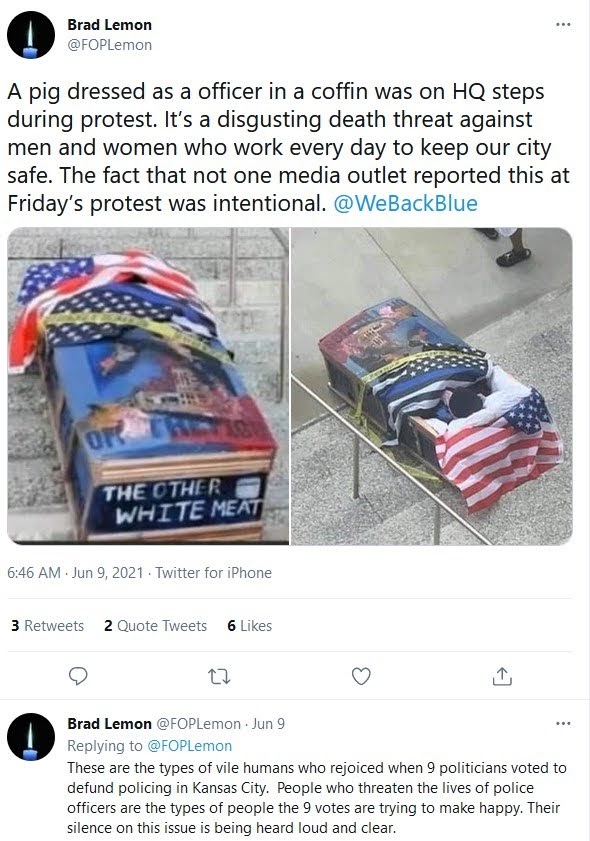 Even more context . . . Lets not forget that Sgt. Lemon found himself in a bit of hot water last year when audio of tough talk against a tow truck driver earned the local news spotlight.