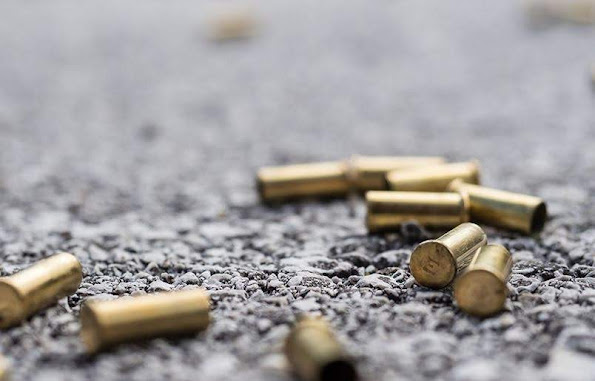 Kansas City is still reeling from a spate of local murders that claimed the lives of youngsters.

Meanwhile, it's interesting to note a rather terse statement from the Mayor's office so far at the outset of warm weather violence that will likely continue . . . Check-it . . .

Push back against the mayor notes his adversarial stance toward police along with frustration with protesters who brought a putrid coffin to police HQ.

And so we share another collection of news links on the topic as the cycle of Kansas City violence continues . . . Read more:


'It's got to end': Kansas City family devastated after 15-year-old shot, killed at park

KANAS CITY, Mo. - Police say a juvenile is dead after a shooting at a south Kansas City park. Family members identified the victim Tuesday evening as a 15-year-old boy who lived in the Ruskin Heights neighborhood and attended Ruskin High School. "I don't think hurt is the appropriate word.

It was a violent Tuesday throughout the Kansas City metro, including in south Kansas City, Missouri, where police say a young victim was shot and killed near Sycamore Park."I don't think 'hurt' is an appropriate word for a family that is dealing with trauma, tragedy," said Pastor Dennis Lester, lead pastor at Bethel Family Worship Center.

KANSAS CITY, Mo. - The summer heat has arrived, which sparks concerns among anti-violence advocates year after year in the Kansas City area. On Tuesday alone, there were four homicides - three in KCMO and one in KCK. "Everybody always, they're holding their breath for the summer," Branden Mims, COO of Ad Hoc Group Against Crime, said.