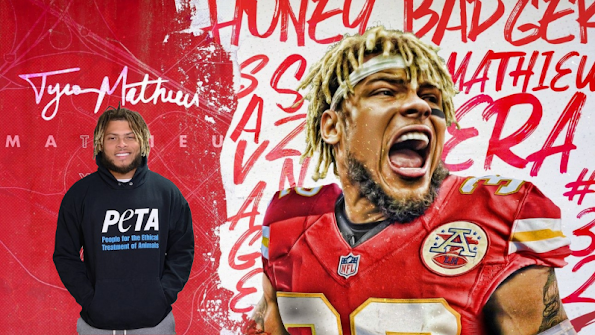 The so-called "Honey Badger" who is actually a pretty cool guy and does a lot of great work for PETA might not make the cut this year.

Check more than a bit of fanboi speculation . . . Read more:

In a since-deleted tweet responding to a question about a potential contract extension for Kansas City Chiefs safety Tyrann Mathieu, Mathieu tweeted that he's "probably not" going to get a new deal in Kansas City, noting that he's been in similar situations before.