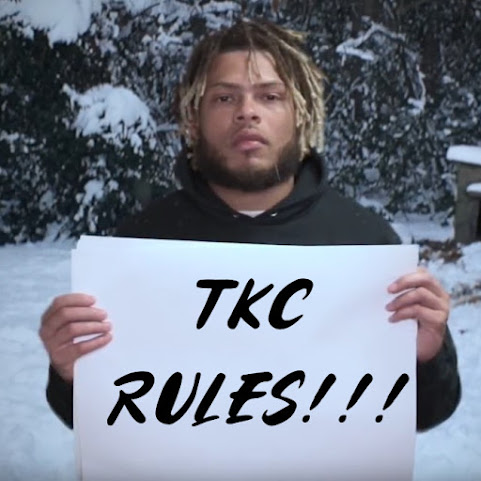 Kansas City, Mo. — In a scene straight out of Love Actually, Kansas City Chiefs safety Tyrann "Honey Badger" Mathieu—who will face off against the Houston Texans on Sunday—stars in a new PETA video in which he holds up a series of cue cards with a serious plea: "No dog wants to be chained or caged outside. Your dog wants to be with YOU, inside."

The new video is the latest from Mathieu, who previously locked himself inside a walk-in freezer to point out that dogs shouldn't be left outside in the cold—and trapped himself in a hot car to highlight how quickly dogs can succumb to heatstroke during summer months.

"Your dog is part of your family," Mathieu says at the end of the video. "Treat them like that."

Dogs who are chained or penned outdoors can only pant and search desperately for shade and water during the hot summer months—and shiver in misery during cold snaps. Every year, PETA receives countless reports of dogs and cats struggling to survive outside in the cold, where they can suffer from frostbite and exposure and become dehydrated when water sources freeze—and this winter, Kansas City has already faced freezing temperatures. Last winter, there were at least 29 cold weather–related animal companion deaths in the U.S.—and these are just the ones that were reported. Most aren't.

PETA—whose motto reads, in part, that "animals are not ours to abuse in any way"—opposes speciesism, a human-supremacist worldview. For more information, please visit PETA.org.
##########