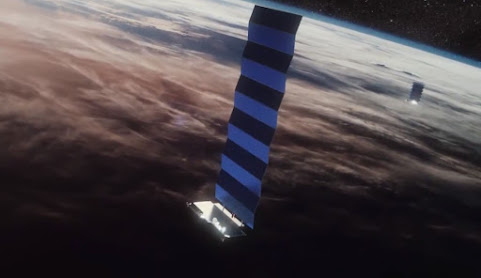 Tonight the lights shining in the local night sky not only evoke insights into the vastness of space but also remind us that our world continues to shrink.

KANSAS CITY, Mo. - If you're seeing a strange string of lights in the sky Thursday night, don't worry. It's not aliens invading. It's just a SpaceX Starlink satellite traveling over the Kansas City region. Others in various parts of the central Midwest, like Iowa and Nebraska, are also reporting sightings.

KANSAS CITY, Mo. - A series of satellites in a straight line could be seen over the Kansas City metro Thursday night. The satellites are likely from Starlink, an internet connection system by SpaceX. This is a picture tweeted by Corey Reynolds.