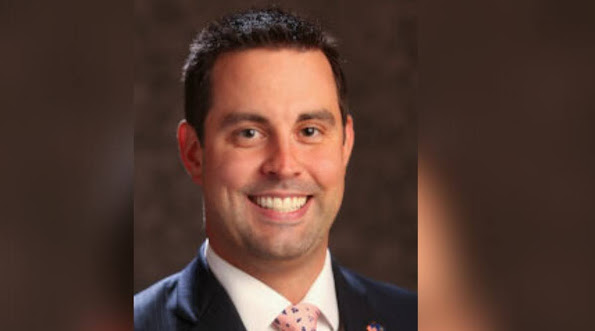 Let's not forget that the Sunflower State politico was once a rising star at a KC top ranking law firm.

Here's the money line regarding his predicament . . .

One video provided by a parent of Wellsville students from that day, which the parent said was shot by students, showed Samsel grabbing a boy, pushing him against a wall and telling him, “I could put the wrath of God on you right now,” before the boy breaks free and runs away, yelling.

The complaint against Samsel lists more than 30 potential witnesses, including at least 11 minors.

TOPEKA, Kan. - A Kansas House member was charged Monday with three counts of misdemeanor battery over his behavior toward students while working as a substitute teacher. The charges against Republican state Rep. Mark Samsel, of Wellsville, arose from a student reporting an April 28 incident involving Samsel.