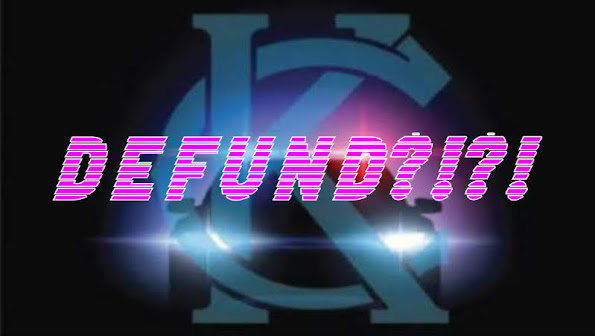 Check an upcoming legal battle started by Mayor Q that has the potential to completely transform Kansas City police governance.

TKC TOLD YOU SO!!! THE LEGAL BATTLE OVER POLICE "DEFUNDING" AND LOCAL CONTROL IS NOW UNDERWAY!!! READ CLOSELY: MAYOR Q WANTS TO PUT THE SYSTEM ON TRIAL!!!

Here's what so many of our newsie friends might be forgetting . . .

Those same police union dudes and law enforcement supporters decrying Mayor Q's 'defunding' brought this on themselves when they endorsed then-councilman Quinton Lucas for city hall top job not so long ago.

Po-po reps endorsed future Mayor Q in 2019 to be exact.

Mayor Q's backstabbing of Kansas City police might be the the greatest betrayals in modern, local political history and it certainly should affirm the skepticism of promises the politicos offer on the campaign trail.

KANSAS CITY, Mo. - The Board of Police Commissioners is weighing its legal options. Mayor Quinton Lucas is a member of the police board. It follows the fast-tracked funding changes he championed for the police department last week. On Monday, the board went behind closed doors where the board decided to not move forward with the mayor's plans yet.