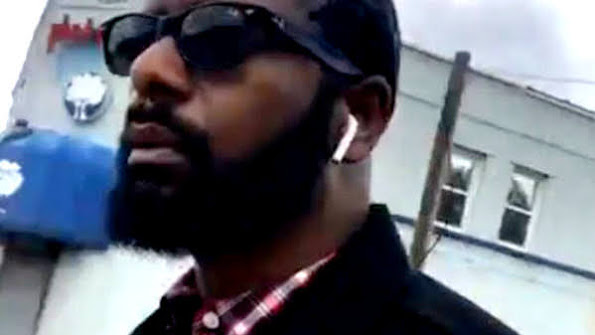 Over the course of decades Mr. Washington has worked to facilitate better communication between police and community. His foray into social media has helped strengthen his efforts. This week, yet again, Alonzo Washington proved his effectiveness.

MR. WASHINGTON AND HIS TIPSTER NETWORK WERE FIRST TO CALL OUT THE SUSPECTED CREEPER ATTACKING WOMEN IN DOWNTOWN KANSAS CITY!!!

Online pix were sent his way. He quickly tweeted out to his followers and within hours the suspected creepers face, name and M.O. were online via social media. Later, police sent notice to local media and apprehended the suspect who now confronts a wide array of charges.

"It started with a few images but information came in quickly . . . I have such a diverse cross-section of people following me that they basically span the entire city and can spread the word more quickly than any other outlet."

With just a hint of bravado, Mr. Washington notes . . .

"The information from my network basically solved the case for police."

As always, we feel like Mr. Washington's fearless approach to confronting crime helps to empower his community of followers who might otherwise stay silent.

While the brash style and bold statements of this crime fighter might irk some denizens of the local discourse. There's no denying his effectiveness.