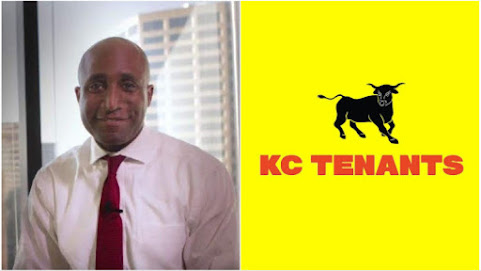 This afternoon many Kansas City social justice activists rally in defense of downtown and Westport homeless camp which have earned repeated complaints and frustration from nearby residents and businesses.

First and foremost, we're disappointed to see social media and so many "journalists" fall victim to activist chatter that mistakenly alleged an afternoon sweep.

Allegations of drug use and illegal activity at these sites should at least offer some reason to second guess their claims.

But here's the more important trend from a local political perspective . . .

Here's a peek at their tense exchange today . . . 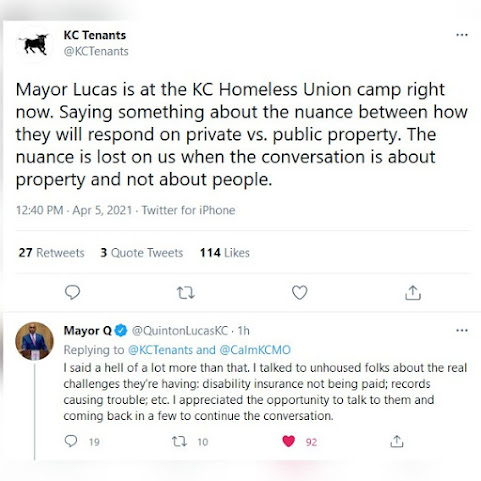 AS ALWAYS, NO GOO DEED GOES UNPUNISHED AS ONE OF MAYOR Q'S STRONGEST CONSTITUENCIES CONDEMNS THE IMPENDING EVICTION NOW MISLABELED A HOMELESS SWEEP!!!

The entertaining part of all this is watching Mayor Q betray his social justice and progressive talking points.

Whilst a more responsible elected leader would have always supported home owners, stakeholders and nearby businesses . . .  Mayor Q continually lets himself get carried away with progressive rhetoric that hoped to outlaw rent or some similar kind of nonsense.

Now that voter outcry has reached a crescendo and Westport leaders are searching for a challenger to Mayor Lucas, removing these protesters is the only real option if elected officials want to maintain any semblance of credibility.

And so, the homeless drama turns into a local media circus wherein more than a few newsies help to amplify the voices of alleged drug addicts over the legit concerns of Midtown Kansas City residents.

Fox4: Homeless install plastic fence around camp at city hall as they try to prevent city from removing them

KMBC: Homeless camp at city hall given notice to leave by Sunday

Beacon: ‘Where can we go?’: For Kansas City’s unhoused community, camp sweeps not the answer