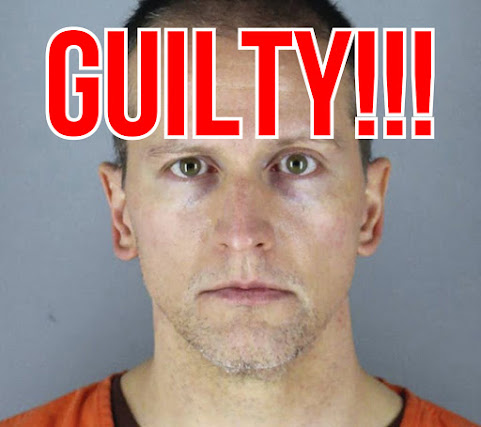 The jury has spoken.

UST: Derek Chauvin found guilty on all counts in the murder of George Floyd

And so it's up to our blog community to offer perspective that won't be found in any other mainstream outlet.

Close readers should know that we're soon to change up the comments here at TKC in desperate search for some semblance of revenue and given that we have been at the forefront of the local discourse for more than a decade yet Kansas City mainstream media has selfishly denied us any opportunity for advancement or recognition.

And so, we advise our readers to commemorate what will likely be the last major news event for this version of our discussion.

Even better, and even if in vain, we ask KICK-ASS TKC READERS to share their most thoughtful and poignant remarks from EVERY PERSPECTIVE without delving into hate speech, epithets or racially charged language.

There's a lot to unpack in this verdict and for now . . .

Let's start with a statement from Kansas City Police:

"We understand how difficult it has been to relive the events of the death of George Floyd. The nation has watched the coverage of the trial of the former officer charged with killing him. We support the criminal justice process and the outcome in which it resulted in this case. The announcement of the verdict will spark powerful emotions in our community. Everyone is entitled to express those emotions and make their thoughts heard. It is the Kansas City Missouri Police Department’s mission to safeguard and protect the Constitutional rights of all individuals participating in First Amendment activities and assemblies. You can read our new First Amendment policy here.

"We look forward to assisting the people of Kansas City in their demonstrations and stand ready to work with any organizers to ensure they can exercise their rights."

A statement of protester solidarity from Mayor Q:

"This was the right result—accountability. George Floyd should be alive today, as should many others. I appreciate the jury’s work. Now we must continue ours. Keep up the pressure."

“Today, like so many other people of color, I watched the developments unfold in Minnesota in fear. I was in fear that once again we would see a police officer walk free after murdering a black man, simply because the officer uttered the now infamous phrase, “I feared for my life.”

“Watching the murder of George Floyd at the hands of a man who had sworn to serve and protect him was one of the most painful experiences I have witnessed in my lifetime — a lifetime in which I have personally experienced racism, hate and discrimination. Unfortunately, Mr. Floyd’s tragic murder is one of many that we have seen repeated countless times against people of color — particularly black men. And in each of those times, our community gathered loudly, passionately and peacefully for justice. Today’s verdict is the result of men, women, and children of all ages and races standing together and saying, “Enough is Enough!”

Fox News: Kamala Harris - Guilty verdict in Chauvin trial would 'not heal the pain that existed for generations' 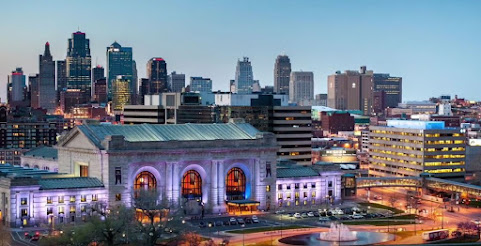