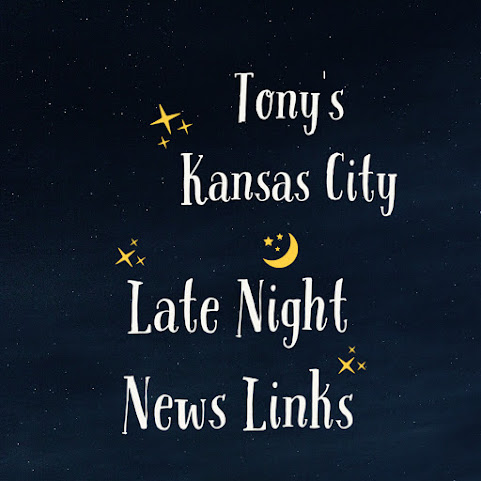 KANSAS CITY, Kan. - It's not an easy job, but the Unified Government of Wyandotte County intends to fill it. Local leaders in Kansas City, Kansas have four finalists for the vacant police chief position, all of whom planned to meet the public in a Thursday evening forum streamed live on Facebook.

KANSAS CITY, Mo. - Keeping up with monthly bills was a challenge many people faced during the unemployment crisis that accompanied the COVID-19 pandemic, but a new program aims to help relieve the pressure for those residents in Kansas and Missouri.

Shania, 55, can STILL get into her Man! I Feel Like A Woman! outfit

Man! I Feel Like A Woman! came out over two decades ago. But Shania Twain revealed she is still able to fit into the ultra-tight outfit she first modeled in the music video all the way back in 1999.

Senator Lindsey Graham, R-S.C., ripped Democrats' attempt to pack the Supreme Court, arguing that adding more justices would "destroy confidence in the rule of the law" and reacted to claims that the Supreme Court makeup played a part in the Capitol riots of January 6 on " The Story with Martha MacCallum" Thursday.

When I walked toward the Capitol on Jan. 6 alongside Donald Trump's supporters and heard some of them had breached the building ahead, I expected the situation to escalate sharply.


In Bot We Trust

ATHENS, Ga. - Do you find yourself reaching for the calculator, even for the really simple math problems? There's a lot of concern these days that technology, like artificial intelligence, is too smart for its own good. Despite fear over how intrusive these algorithms are becoming, a new study finds people are actually more willing to trust a computer than their fellow man.

Madison LeCroy wishes the best for Alex Rodriguez and Jennifer Lopez in their breakup. The "Southern Charm" star told Page Six on Thursday when we reached out about A-Rod and J.Lo announcing their split: "I wish them the best."

Kansas City family of 5 loses everything in apartment fire, frustrated as aid runs out

KANSAS CITY, Mo. - A Kansas City family needs help after they lost everything in an apartment fire earlier this month. "I felt discouraged, like this wasn't supposed to happen to us. Things could have been a lot worse. I'm very grateful that all 43 people made it out alive, but what if we didn't," Cierra Doss said.

For the first time since Opening Week, the Royals offense came alive. Scoring seven runs in the first four innings, it looked as though they would cruise to a win. Instead, Kansas City had to fend off a late Blue Jays rally that saw the go-ahead run come to the plate in the 9th inning in a 7-5 win Thursday night.

Friday is looking rainy and chilly

YOUR FRIDAY AND CONTINUING THROUGH MOST OF THE DAY EVENING HOURS WILL GO BACK THROUGH THE 50S FOR THE MOST PART 54 DEGREES BY EIGHT NINE O'CLOCK TEMPERATURE 52 AND RIGHT AT ABOUT 50 DEGREES BY 11 PM. STILL THINK IT'LL BE DRY UP UNTIL THAT TIME BUT HEADING INTO THE OVERNIGHT HOURS.