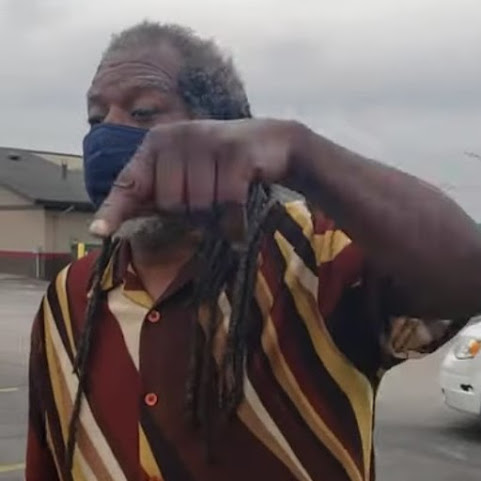 The Kansas City Homeless Union and residents of hotel rooms recently requisitioned by the administration of Mayor Quinton Lucas confront a bitter leadership struggle as time is quickly running out on housing options and a recent emergency move highlighted emerging conflict.

Meanwhile, allegations of damage to hotel property and messy FREE ROOMS have seemingly shifted public sentiment away from the ongoing crusade for homeless rights.

Better than our preamble, an extensive interview with Qadhafi helps to explain the situation . . .

KANSAS CITY, Mo. - It has been 19 days since Kansas City Mayor Quinton Lucas and the leader of the KC Homeless Union announced the city would cover 500 hotels rooms for 90 days for people experiencing homelessness to give people some stability. People had been living in a dozen facilities across town.

Alina Heart and Chet Bell, volunteers who have been working to make sure hotel guests are fed. // Photo by Bek Shackelford Two weeks ago Mayor Quinton Lucas announced 90-day hotel accommodations for anyone in the over 100 homeless encampments in Kansas City. Reactions were overwhelmingly positive from the community.