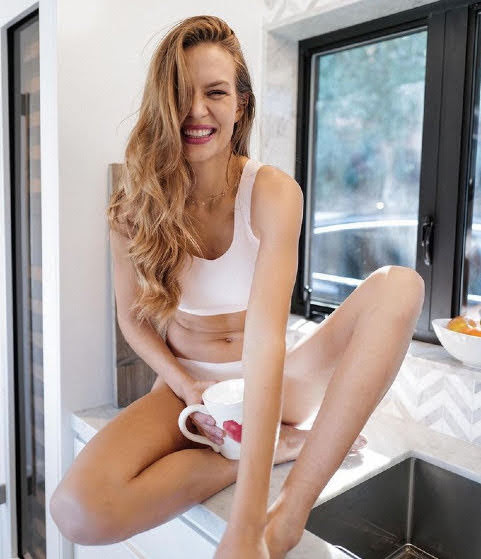 Your spring and summer guide to outdoor living in Kansas City

Having a plush outdoor living space where you enjoy spending time can be one of life's ultimate luxuries. Whether you're entertaining, working outside, enjoying native wildlife or just plain digging in the dirt, this guide will get you one step closer to your dream outdoor space.

KANSAS CITY, Mo. - The Kansas City FilmFest returns for its 25th year beginning on Monday, April 12 and running through Sunday, April 18. While the festival is virtual due to the COVID-19 pandemic, audiences can enjoy 165 films, a mix of features and shorts, narratives and documentaries, through a variety of pass options.


Show Will Go On

Starlight announced Thursday that live productions will return to the historic theatre's stage with the 2021 AdventHealth Broadway Series. The COVID-19 pandemic kept Starlight dark for the first time in 70 years last summer. While most national Broadway tours will not resume until this fall, the theatre said Godspell (June 22-27) will kick off the summer in a concert-style production performed without intermission.

L Brands and Abercrombie Are Upgraded to Buy at UBS

Victoria's Secret parent L Brands and Abercrombie & Fitch were among the retailers upgraded by a UBS analyst to buy as he favors stocks with strong and under-appreciated post-pandemic growth prospects. In addition to L Brands, which is also the parent company of Bath & Body Works, and Abercrombie, analyst Jay Sole also upgraded Gildan Activewear and Kontoor Brands in a report on so-called softlines retail.

Rep. Adam Kinzinger, R-Ill., called for fellow Republican Rep. Matt Gaetz to resign on Thursday night amid a federal probe into allegations that Gaetz was involved in sex trafficking. Gaetz, who has not been charged with any crime, has repeatedly denied wrongdoing.

A billboard emblazoned with "Matt Gaetz wants to 'date' your child" has gone up in Florida. The billboards were paid for by a liberal political action committee called Mad Dog. Gaetz was also the star of other snarky billboards in Florida, one of them mocking his 2008 DUI.


Hollywood Notes On Murder Trial Of The Century

George Clooney is paying close attention to the developments in the murder trial of former Minneapolis police officer Derek Chauvin, according to George Floyd's family lawyer. Chauvin, 45, is facing charges of second and third-degree murder and manslaughter in the death of Floyd on May 25, 2020.

WASHINGTON - President Joe Biden would like some divine help on his gun control agenda, but his ask might be surprising. And gun-makers warn the results could be dire for their industry.

Manchin on his increased call for bipartisanship: Capitol riot 'changed me'

Prince Philip, the Queen's husband of 73 years, had recently spent time in hospital with an infection.

OVERLAND PARK, Kan. - The old Kanza Hall at One Block South in Overland Park has a new purpose. LEVELUP opens this Friday. It's the third largest esports arena in the nation and the only one with a dedicated education program. The 15,000-square-foot facility has 100 gaming computers and consoles.

44 DEGREES RIGHT NOW, A LOWER NUMBER, CHILLY THIS MORNING, A BIT OF FOG HERE AND THERE, NOT ENOUGH TO HAVE AN IMPACT, A NOTICE FOG AND LESS OF AN IMPACT KIND OF FOG, A MILD VISIBILITY IN LAWRENCE, THREE QUARTER MILE VISIBILITY IN YOUR -- IN CLINTON.

Twenty One Pilots - Shy Away is the song of the day and this is the OPEN THREAD for right now.

The democrats will stop at nothing. Leave Matt Gaetz alone you low life anti
American murders.

Condolences to the Royal Family and the people. A shame our democrat scum like Meghan Markle made its way across the pond.
4/9/21, 9:37 AM

Anonymous said…
George Clooney will never see a dime spent from me towards anything he is starring in.
4/9/21, 9:59 AM

Anonymous said…
Kinziger is a never Trump RINO. He hates all MAGA politicians so his opinion has no weight in the GOP.

Meanwhile the women who work for Matt Gaetz say that he is above reproach in his dealings with them.

Anonymous said…
Matt Gaetz is everything the chucklowes wanted Hunter Biden to be.

George Clooney - Hollywood Commie Elite with his own armed private security guards to protect him from criminals like George Floyd.

Like Prince Harry and Meghan Markle; Clooney lives in his own elite little bubble crying victimhood with no concept of how everyday Americans live.
4/9/21, 10:43 AM

Anonymous said…
@9:59 - I am with you and basically do not watch cable t.v. or sports anymore due to the constant politics and anti-Americanism of the Media and Hollywood.

Plus, "reality" t.v. shows are for those with very low IQ's. Miss the witty comedies and inspirations shows of prior decades.

Instead, enjoy the outdoors more with hiking, fishing and hunting which really helps one get in better physical shape.

Giving up tv is so much healthier and wish I had done so years ago. Thought I could never give up NFL Football but don't miss it for a minute and realize now how contrived and stupid it is.
4/9/21, 10:49 AM

Anonymous said…
"Manchin on his increased call for bipartisanship: Capitol riot 'changed me'"

Anonymous said…
"George Clooney will never see a dime spent from me towards anything he is starring in."

Anonymous said…
gee that billboard went up pretty quick its almost like they had this all planned.
4/9/21, 11:29 AM

chuck said…
George Clooney is the usual, garden variety, run of the mill Progressive who pretends to love "minorities" until they move into HIS neighborhood.

When all of those African immigrants moved next door to Clooney, he got the fuck out!

Just like you won't see Jimmy C moving over to Prospect, where real estate is at a bargain, you won't see any white bet boys like Clooney living next to the people they pretend to love.

Just wait until Biden initiates Federal action by way of executive orders that place section 8 housing in areas like Leawood and Mission Hills, those motherfuckers will be voting Conservative faster than you can say Red Line!

Anonymous said…
Well I can't stand Americans who married orientals and brought 'em back here chucklowe so I guess Clooney and I have something in common.
4/9/21, 12:05 PM

Anonymous said…
Well chuck called for the extermination of the black race. That's beyond the pale and Tony allows him to post here. Too bad. He's a piece of shit.
4/9/21, 1:25 PM

Everyone said…
^^^ Chuck never said that @1:25. You're a damn liar and you're troll. Stop being a scum bag. Not very interesting and makes the conversation about you not any local issues. Go play of Facebook please.
4/9/21, 1:28 PM

Anonymous said…
In fact, chucklowe did.

"The rat infestations in Los Angeles, Baltimore, New York and other cities are a metaphor for the human vermin that also, must, at some point, be eliminated with extreme prejudice from the streets, where they infest law abiding citizens with Bubonic Plague and chaos."

Here's the link. Go look for yourself.

We haven't forgotten a FEATURED WRITER on Tony's Kansas City advocates genocide. But then I guess Hitler wasn't do bad either, right? If he hated Jews so much why did he build them camps to work in? The liberal narrative all falls apart when you look at the facts, right guys?
4/9/21, 1:35 PM

Anonymous said…
Oh Snap! Dr. Chimpy bitched out of yet another thread! You can't slink away forever, Chimpy! Where's the monkey science??
4/9/21, 2:35 PM

Anonymous said…
It is extremely racist to imply that the lawless vermin infesting the streets of big cities are all of one race. Their distinguishing feature is their lawlessness, their violence, not their skin color. But you go ahead and be racist, 1:35. You do you.
4/9/21, 2:41 PM

Anonymous said…
^^and yet everybody with an IQ above 40 understand what chuck was implying with his inference to Los Angeles, Baltimore, and New York. You go ahead and be an apologist for his racism and ignorance CHUD. I just did you. Weird.
4/9/21, 3:31 PM

Anonymous said…
What do the actual crime statistics say about the racial breakdown of violent criminals, Chimpster? Surely that would be uncontroversial...
4/9/21, 3:45 PM

Anonymous said…
Chimpy, are you lying or just dumb (or both)? You accused Chuck of "call[ing] for the extermination of the black race." But the "proof" you posted doesn't say that. At most, it calls for extermination of dangerous violent ghetto rats. So you're claiming that the entire black race is made up of ghetto rats? That's so racist!
4/9/21, 4:53 PM