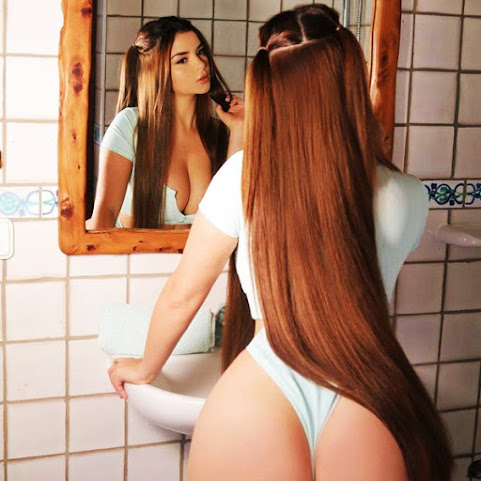 Tonight we contemplate hottie Demi and her newsworthy body of work along with pop culture, community news and top headlines.

Protesters gathered Saturday afternoon to speak out against the Jackson County Prosecutor's decision not to file charges against the KCPD officer who shot and killed Donnie Sanders one year ago. Sanders was unarmed when he was pulled over, but the officer told investigators Sanders help up his hand as if he had a gun.

KANSAS CITY, Mo. - One person has life threatening injuries after they crashed into the northwest side of the Batliner Recycling building in the East Bottoms. According to police, a blue Hyundai Sonata was traveling east on Front Street and left the roadway just past North Olive Street.

Demi, who has over 16 million followers on social media, is known for spreading positivity to her fans. She recently posted her horoscope for March. Demi is set to "celebrate being alive, to celebrate new life and new birth."

Federal law enforcement officials have uncovered a contact between former President Donald Trump's White House and a member of the far-right nationalist group the Proud Boys mere days before the Jan. 6 riot at the Capitol. The FBI obtained "location, cellular, and call record data" that revealed the information, reports the New York Times, citing an unnamed source who was briefed on the investigation.

Two more former aides alleged sexual misconduct against New York Gov. Andrew Cuomo Saturday. A former press aide to the governor, Karen Hinton, told The Washington Post that Cuomo summoned her to his "dimly lit" hotel room and embraced her twice after a work event in 2000.

A Murkowski spokesperson did not respond to a request for comment. Trump's statement comes just days after Murkowski advanced the nomination of Rep. Deb Haaland (D-N.M.) to serve as interior secretary, which Trump called "yet another example of Murkowski not standing up for Alaska."


Hotties Have It Hard

'I was worried Lindsay, Paris or Britney would die': why the 00s were so toxic for women

went to university in 2007. On my first day, every fresher had their photo taken; the pictures were pinned to a bulletin board in my halls. That evening, older male students scrawled on the photographs of the girls, rating our attractiveness. No one got in trouble.

By Sam Kombrink Spring is right around the corner, but if you told someone that two weeks ago they would have said you're full of it. With springtime comes spring sports, and at Avila University they will be playing one sport that is new to the spring season, football.

There's a new place for people to grab a quick bite to eat in the City Market in Kansas City. Lé Cronic Cafe opened up to much fan fare on Saturday. The owner, Bryan Merker used to run Beignet several doors down but closed due to the pandemic.

Windy, but sunny Sunday on way

NINE-DAY FORECAST SO YOU WILL KNOW FIRST. THIS IS FIRST ALERT WEATHER. EMILY: WE TALKED ABOUT HOW IT HAS BEEN WINDY AND WARM AND HASN'T BEEN WET EITHER, SO THAT MEANS FIRE DANGER. NEVILLE: ALL THOSE THINGS COMING TOGETHER MEANS I FIRE DANGER. YOU JUST HAVE TO BE CAREFUL OUTSIDE.

Classic liberalism on display for the world to see: Venezuela is using our dollar because theirs is basically worthless but yet we are following the same path that Venezuela took. What could possibly go wrong? The Neanderthals running things swear they can make socialism work this time because they are smart! 🤣🤣🤣🤣🤣🤣🤣🤣🤣🤣🤣🤣🤣🤣🤣

You're a little confused.

Just great, now the fully armed black panther party has decided to stay in killa shitty.... thanks mayor mckneely, you just doomed this entire city with this dumbass move.

I’m guessing the black panthers have ccw permits because it’s against Kansas City law to “open carry” within city limits without a permit.

What will Petersucker do now that they may have blatantly broke the law in her presence?

That looks like a very small crowd protesting the police and enjoying the nice weather.

Yes, because a person calls or tries to call someone . That makes them guilty of a crime or being involved. Now wonder the counter culture has been effective in so many mindless witch hunts.


So funny that people think free money is coming their way when it's actually going to be very destructive and it's not free at all. Good luck catching up on your rent when it becomes due after this moratorium is lifted. Keep printing more money and that's really going to be a disaster. The COVID and the election were the biggest terrorist act this country has ever seen. Things will get worse.

I love the fact that the idiot liberals are turning on each other. The protest about to turn riot in front of Jean Peters Baker's home is priceless. Crooks and thugs always turn on each other I thought everyone knew that from a very young age.