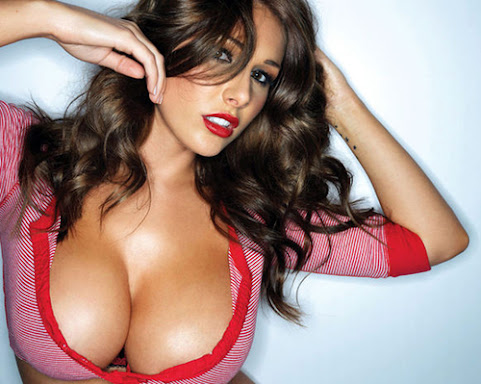 To finish off tonight we share a not-so-long ago peek at hottie Lucy which inspires us to take hold of community news, pop culture and top headlines we want to share as well.

KANSAS CITY, Mo. - As visitors make their way to the Kansas City metro for the Big 12 Tournament, bars and restaurants anticipate confusion over mask wearing. But the businesses are prepared to pick up where they left off.

A U.S. Marine Corps veteran who lives in Independence will run for the Democratic nomination for U.S. Senate during the 2022 election cycle. Maj. Lucas Kunce announced his candidacy one day after Sen. Roy Blunt, a Missouri Republican, announced he would retire after his current term expires.

KANSAS CITY, Mo. - A motorcyclist is in serious condition following a crash Tuesday afternoon in Kansas City, Missouri. Police responded just before 1:30 p.m. to the northbound lanes of Interstate 35 at The Paseo, where the driver of a Harley Davidson motorcycle is believed to have lost control and fallen off of the motorcycle, according to an accident investigation report.


More Homeless Inside The Loop

Residents at the 132-unit Professional Building Lofts at 1103 Grand Ave. say they are having trouble understanding their future living situation after an evacuation more than two weeks ago due to a flood in the building.The Alexander Company on Tuesday walked back a mass cancellation of leases at the property after a growing pressure campaign with a list of demands from an organized group of residents.

WHEN it comes to getting over a difficult break-up, there are few ways that would beat dating a stunning Page 3 girl. And Olivia Wilde's ex Jason Sudeikis is now said to be growing close to English model Keeley Hazell, months after his split from the actress.

subscribe to The NPR Politics Podcast podcast The Pentagon has approved a request to continue National Guard support at the U.S. Capitol through May 23, 2021. About 2,300 troops will remain at the Capitol, which is about half the number currently deployed, the Department of Defense said Tuesday evening.

Dozens of Capitol rioters were turned in by childhood friends, family members, colleagues and ex-lovers who watched them storm the building

After Chris Ortiz posted a series of Instagram stories from inside the U.S. Capitol on January 6, authorities say he got an Instagram message from a high school friend. "CHRIS WHAT ARE YOU DOING," the message said, according to court documents. Ortiz responded, "Participating in government!"


Everybody Votes Their Wallet

Senators who voted against a $15 minimum wage represent three-quarters of the workers who would benefit, study says

A new report from the Economic Policy Institute looks at who would benefit from a $15 minimum wage. It found that 24 million of the workers who would are in states where senators voted against it. The wage hike wasn't included in the stimulus package after 7 Democrats voted against it.

Some KC pharmacies now getting COVID-19 vaccine from state

Missouri is ramping up its COVID-19 vaccination efforts with 15% of the state's doses going directly to pharmacies. Some locations have yet to get their doses, but more are on the way.

With its authentic flavors, KCK praised as true taco capital of the US in Forbes

KANSAS CITY, Kan. - When you think of Kansas City cuisine, your mind may go straight to barbecue, but it's the metro's tacos that are getting national acclaim. Forbes named KCK the taco capital of the US. Alan Carr, the executive director of Visit KCK, said he's excited the city's Mexican food and community are [...]

Warm Wednesday with storms possible in the evening

Hide Transcript Show Transcript THROUGH THE REST OF THE EVENING EVENING FORECAST LOWER 70S NEXT FEW HOURS UPPER 60S BY SEVEN COOLING INTO THE LOWER TO MIDDLE 60S BY THE LATE EVENING AND INCREASING CLOUDS.