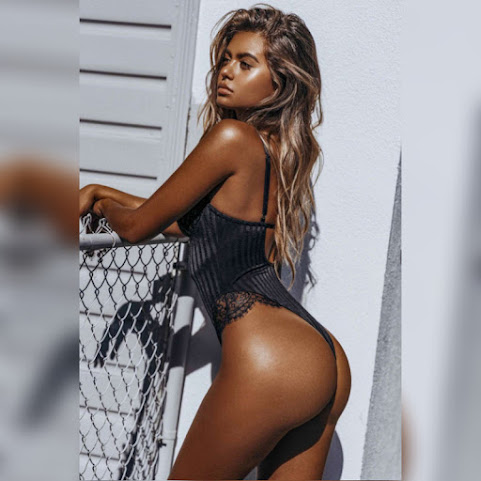 For the mid-morning we notice 21-year-old hottie Sofie and her continued fashion influencer winning that inspires our Monday "back to the grind" peek at pop culture, community news and top headlines.

KANSAS CITY, Mo. - Well before the first COVID-19 vaccines arrived in the Kansas City area, plans were underway at Kansas City University (KCU) to help the workforce distribute them. "We are a one-of-a-kind class that gets to play such a big role in the pandemic," Neha Singh, a second-year KCU student, said.

ST. LOUIS (KMOV.com) -- On Monday, March 29 Missouri will activate Phase 2 of its vaccine rollout plan, allowing another 880,000 Missourians to be eligible for the vaccine. Several categories within Phase 2 include other essential workers. The next phase also qualifies the homeless and those disproportionately affected by the virus to get the vaccinate.

Red Flag Warning as well as a High Wind Warning begins Monday at noon, and will be in effect until 10 p.m. We discuss the warnings with Kansas Today Meteorologist Ronelle Williams when he gives us the KSN Storm Track 3 Forecast.

The massive container ship that has been stuck in the Suez Canal for six days was reportedly back afloat Sunday night - thanks to a supermoon that brought high tides. A top pilot with the canal authority confirmed to the Associated Press that the Ever Given had been partially refloated after running aground last Tuesday in the crucial global shipping waterway.

A domestic shortage of military working dogs is threatening national security, a recent report from the U.S. Navy's Naval Post Graduate School warns. "Although working dogs are not an official part of the current defense industrial base, the low domestic production capacity of working dogs threatens some of the government's capabilities to provide national security," researchers wrote in the report.

The federal ban on evictions has been extended yet again, bringing relief to tens of millions of renters struggling to catch up.

Donald Trump grabs mic at wedding to toast himself ... and happy couple

Donald Trump took the microphone at Mar-a-Lago on Saturday night, to praise a couple getting married at his Florida resort. Nearly 400 words later he did so, according to video published by the website TMZ, after a rambling complaint about Joe Biden's policy towards Iran and China, the situation at the border with Mexico and the supposed fraud he claims caused his election defeat.

Story Highlights In 2020, 47% of U.S. adults belonged to a church, synagogue or mosque Down more than 20 points from turn of the century Change primarily due to rise in Americans with no religious preference WASHINGTON, D.C. -- Americans' membership in houses of worship continued to decline last year, dropping below 50% for the first time in Gallup's eight-decade trend.

Sofia Jamora treated her 2.8 million Instagram followers to three photos of herself modeling skimpy lingerie from PrettyLittleThing. In all the images, Sofia wore a nude-and-neon-green lingerie set. It included over-the-elbow gloves, a bralette, thong panties, and a garter belt. The top revealed a generous look at Sofia's cleavage, which rounded over the neckline.

Tips on how to get your vegetable garden started this year

KANSAS CITY, Mo. - Beautiful weekend weather meant plenty of people were starting to think about planting vegetable gardens. Some avid gardeners have already started their seeds inside. A handful of others are growing plants outside in raised beds. The raised beds made from wood or galvanized metal are all the rage because the seedlings are [...]

Olathe, Kansas, couple Robert and Kelly Pascuzzi produced a film called "The Ravine," which premieres Friday. The film is inspired by the true story of how the Pascuzzis found a positive meaning and learned to forgive following a tragic event.

Hide Transcript Show Transcript RIGHT NOW AND TALK ABOUT UPSETS. WE GET THE NICE. WEATHER TODAY, BUT THE WIND MIGHT SORT OF SPELL TO THE PLANTS IT WILL DONNA THE COMBINATION OF THE WIND IN LOW RELATIVE HUMIDITY. THAT'S WHAT A RED FLAG WARNING IS IT'S JUST REALLY DRY AIR COMBINED WITH REALLY STRONG WIND.