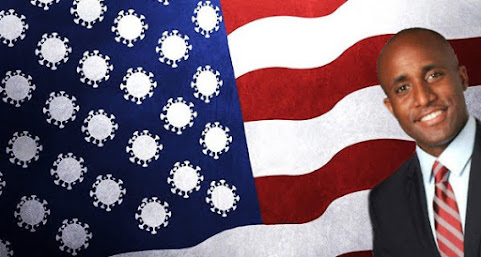 COVID vaccine for rural communities in Missouri has moved more effectively and recent events were opened up to the public because of new supplies.

In fact, the influx of additional COVID vaxx doses inspired speculation that was ultimately disproved.

As KCMO cars trek out to the Show-Me State, here's the controversy dutifully relayed by the newspaper . . .

Mayor Quinton Lucas said Missouri’s structure was fundamentally flawed. People without a primary care physician or insurance may not seek services at a hospital or health system except in emergencies.

“These are the sorts of things that are incredibly stark and they will lead to this perpetual inequality because the health department actually knows how to reach a population that finds themselves in these ZIP codes with lower life expectancies,”

Lucas said during a phone interview this week. “I am not sure our hospital groups are as strong in reaching out to those groups. “It angers me actually.”

And finally we get to our KICK-ASS READER COMEBACK . . .

"Disgusting. The mayor trying to get political mileage out of people fighting for their lives is one of the lowest things I've ever witnessed from an elected official in my city.

"Kansas City is not an island. These are neighbors we're talking about. These are seniors he's holding in contempt.

"Has he no decency? Has he no compassion for rural Missouri?

"What's worse is that this debate isn't going to matter much in matter of days because there is more vaccine on the way.

"This 'controversy' has only shown us that there is no limit to the petty tactics of Mayor Lucas. There is no level low enough to which he will not sink in order to capitalize on a political opportunity. That's not leadership during a global crisis, it's not even effective partisanship.  The mayor has used a malevolent ploy and for all of our sake I hope he can see the error of his ways."