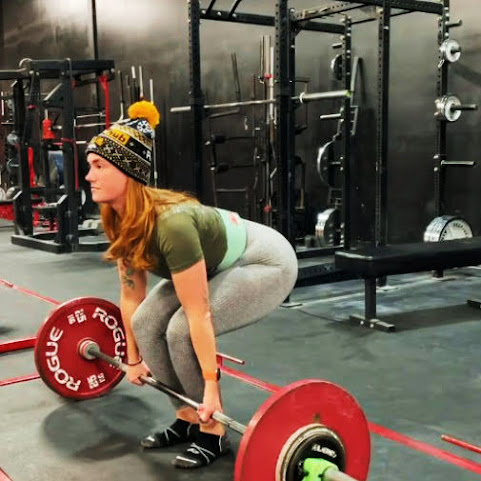 For our late night lurkers we share more news inspired by the work ethic of power lifter pr0n star Siri. Accordingly and because it's always important to move past stereotypes, we share pop culture, community news and top headlines for night owls and early birds alike . . .

The Lawrence City Commission's virtual meeting was delayed Tuesday after an interruption known as "Zoom bombing."It included a sexual image and a racist message.The mayor apologized once the meeting resumed and condemned the images displayed.It was not immediately clear who was behind the "Zoom bombing."

T-Mobile US Inc. says its hard-won $37 billion merger with Overland Park-based Sprint is paying off. The Bellevue, Washington-based company's total revenue was up 71% for 2020's fourth quarter, executives said during a Thursday earnings call. The company earned $20.3 billion in total revenue during the fourth quarter, compared with $11.9 billion for the same period in 2019.

The U.S. Senate voted Tuesday that former presidents can be convicted in an impeachment trial, even after they leave office, clearing the way for several days of arguments over whether former President Trump should be found guilty of inciting the Jan. 6 assault on the U.S. Capitol.

Progressive leaders say they're prepared to use the weight of their caucus, as well the megaphone of closely-aligned outside groups, to try to force their party's hand. "We're bracing for wins on these issues. We're going to push these all the way to the end," Jayapal, chair of the Congressional Progressive Caucus, said in an interview.

The Latest Details of $1,400 Stimulus Checks Promised by Biden, Democrats

On Monday, the House Committee On Ways And Means released new details about the $1,400 economic impact payments (also known as stimulus checks) they plan to include in the next Covid-19 relief package. While they have retained the income limits from previous rounds for who will receive the full

She's thinking about stickin' it to the glue manufacturer. Tessica Brown, the Louisiana woman who styled her hair with Gorilla Glue and later sought medical treatment for her hardened head of hair, may soon file a lawsuit against the makers of the product, according to a new report.

KANSAS CITY, Mo. - In the United States, the Jim Crow era spanned from the late 19th century to 1965. The era was defined by Jim Crow laws that enforced racial discrimination and segregation. Jim Crow laws allowed "sundown towns" to flourish. Sundown towns were all white towns that forced Black people to leave by [...]

Some slick spots will continue with more snow chances

2 1/2" of snow so far this week on the Plaza Slick spots will continue for the next few days A more significant storm is due in later this week KANSAS CITY'S MOST ACCURATE FORECAST Tonight: Mostly cloudy and very cold. Wind: N-NE 10 mph. Low: 4° Wind chills below zero.

And this is ANOTHER OPEN THREAD for right now . . .