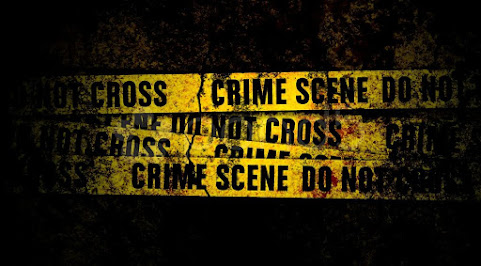 Tonight we share a comprehensive glimpse at recent Kansas City gunfire, court cases, ALLEGED misdeeds and police action throughout the metro in this compilation which confirms that this wretched town remains increasingly violent and not really "in it together" at all.

Southbound Interstate 635 at Swartz Road was closed Friday evening because of a shooting investigation, Kansas City, Kansas police said.Authorities said two vehicles were heading south on the highway near Metropolitan Avenue at 5:30 p.m.

Teen who shot at Olathe officers sentenced to 35.5 years

OLATHE, KS (AP) - A Johnson County teen pleaded no contest Thursday to charges stemming from a confrontation during which he shot at police, Johnson County District Attorney Steve Howe said. Christian Batson, 17, will serve 35.5 years in prison, Howe said in a news release.

PRAIRIE VILLAGE, KS (KCTV) -- Cathryn McClelland was a loving mother and nurse. She was just 41-years old when she collapsed inside her Prairie Village home with her young kids. Her husband was working on a construction project in another state. Her 8-year old son, Joel, grabbed the phone and called 911 for help.

KANSAS CITY, Mo. - Leawood Police say they take the words "to serve and protect" seriously. In an effort to respond to every call and serve their community, that sometimes includes a walk to the mailbox.


No Fun For MODot

KANSAS CITY, MO (KCTV) -- Police are on the lookout for a Missouri Department of Transportation vehicle that was stolen early Friday morning near Worlds of Fun. Police reported around 4:30 a.m. that a white Ford F-250 MoDOT work truck was stolen and last seen heading northbound from Worlds of Fun Drive.

A food pantry in Olathe is scrambling to get two trucks fixed after thieves stole their catalytic converters. The box trucks are crucial to bringing in donated food.Inside New Hope Food Pantry volunteers are busy, but outside two box trucks sit empty, unable to pick up their daily haul.

KANSAS CITY, Mo. - The Kansas City Police Department said a standoff on Chestnut Avenue ended early Friday morning. According to officers, on Thursday night around 9:30 pm officers noticed a vehicle in the area of East 35th and Prospect Avenue matching the description of a vehicle taken in an armed robbery.

Hide Transcript Show Transcript KANSAS CITY A MAN. SERIOUSLY HURTING A SHOOTING AROUND 23RD AND BRIGHTON. THESE ARE LIVE PICTURES FROM THE SCENE RIGHT NOW. POLICE SAY THE SHOOTING HAPPENED ABOUT 9:20 TONIGHT. THEY ARE. FOR THREE MALE SUSPECTS. Kansas City police are investigating a shooting Thursday night near 23rd Street and Brighton Avenue.Police officers were called about 9:20 p.m.

JACKSON COUNTY, MO (KCTV) -- Since January, part of the downtown Kansas City Convention Center has been converted into a warming center for the homeless. A recent tweet from Kansas City Mayor Quinton Lucas has many talking about the people being helped.